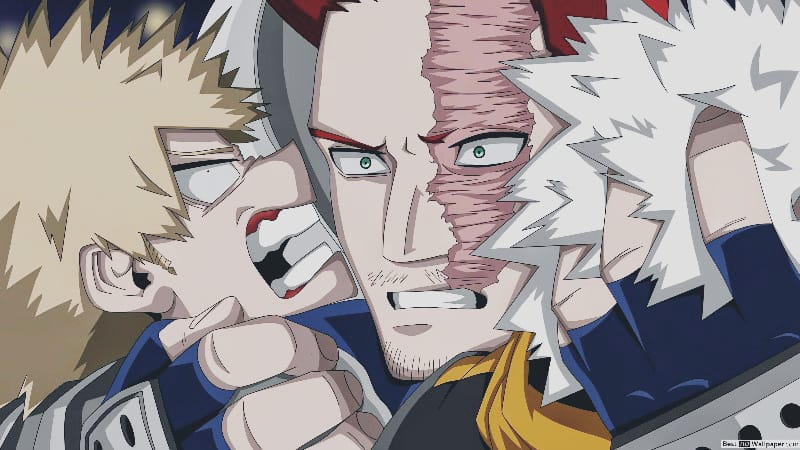 My Hero Academia Chapter 300 confirmed spoilers and raw scans are out on Reddit and Twitter. The translated summary of the next chapter has been posted on Reddit. The next chapter will focus on the current situation of Endeavor and his family.

Also, the chapter will not provide any status regarding Deku, Bakugo, Denki, Tamaki, and other students. The bad news is many pro heroes are retiring from this job. Here, in this post, we will discuss more about the Heroes retirement, spoilers, and the release date of Chapter 300.

The previous chapter showed Hawks’ emotional backstory, and along with Jeanist, he is ready to begin his duty as a Hero. Also, Hawks’ feathers are begun to grow, and he will be aging like a fine wine. After Hawks, the upcoming chapter will reveal Endeavors’ and his family’s condition.

My Hero Academia Chapter 300 will release under the title, “Todoroki-Kun’s Family Hell 2.” Here, the title refers to the current situation of Shoto and his family. After getting encountered and burned by his elder brother, we saw Todoroki was in trauma. These were the happenings of the previous chapters. Therefore, let’s begin with the spoilers.

This is the summary of Chapter 300. The chapter will end with the line, “Now is the time when the path of being a ‘father’ and a ‘hero’ crosses.” Now, it’s the Symbol of Hope’s decision whether to guide or to leave the new generation.

Here we have attached the raw scans of My Hero Academia Chapter 300.

My Hero Academia Chapter 300 will release under its scheduled time, i.e., on February 7, 2021. Also, the news has surfaced that there is no break next week. It means Chapter 301 will officially air on February 14, 2021.

Where to Read My Hero Academia Chapter 300-

Fans can read My Hero Academia Chapter 300 on Sunday from the official website of Mangaplus Shueisha and Viz Media. We will be back next week with another spoiler article. Till then, stay tuned with us.