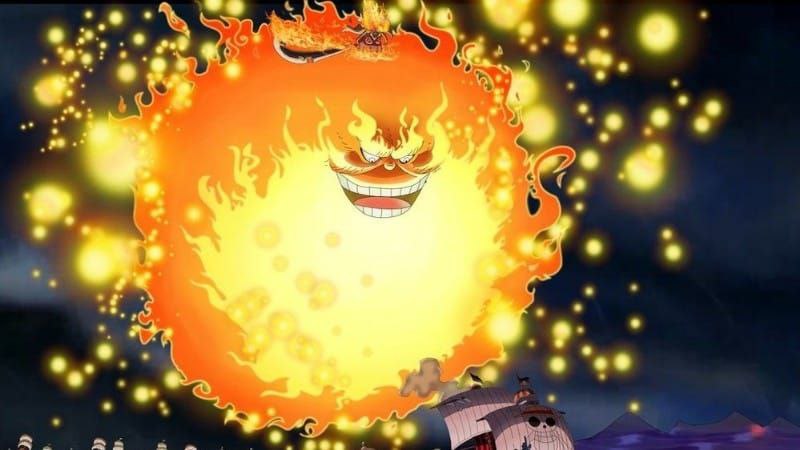 In the last chapter, we witnessed something that very few fans could predict. Zoro was seen to have the power of Conqueror Haki, but the interesting fact was that even he was not aware of it himself. It all started with Big Mom getting thrown into the sea from the Skull Dome. Kaido came to her aid by engaging Zoro, which freed Prometheus. Although Zoro told Law to chase after it, Law told him to stick to the main plan.

Kid and Killer then decided to take on Big Mom, leaving Zoro and Law to Kaido. Their original plan of separating the two had succeeded, and they needed to carry out the rest of it. Zoro then told Law that he is going to use every last of his strength and go for one final strike. He used Demon Aura Nine Sword Style and cut through Kaidou with his Conqueror Haki. However, Kaido was quick to recover from it and knocked them cold with his Thunder Bagua.

Luffy then managed to stand somehow while still recovering from Kaidou’s attack and told him that they are going to take him down. He asked Kaidou if he can infuse things with Conqueror Haki. Kaidou replied that only a few people could do this and tried to land a powerful blow on Luffy. However, the chapter ended with Luffy’s counter-attack, which involved knocking Kaidou on the ground with a strong punch on his face.

Here, we have attached the link to One Piece Chapter 1011 Raw Scans.

As per the official sources out there, the latest chapter of One Piece is going to release on April 25, 2021. Moreover, there is going to be another break next week where Weekly Shonen Jump will remain on a break on account of Golden Week. Thus, fans need to wait for more to see this fight reach its conclusion.

Where to Read One Piece Chapter 1011-

Mangaplus Shueisha and Viz Media are the two sites that will provide the readers with the latest chapters of One Piece. We will come back again with another raw scan article. Till then, keep on following our website.