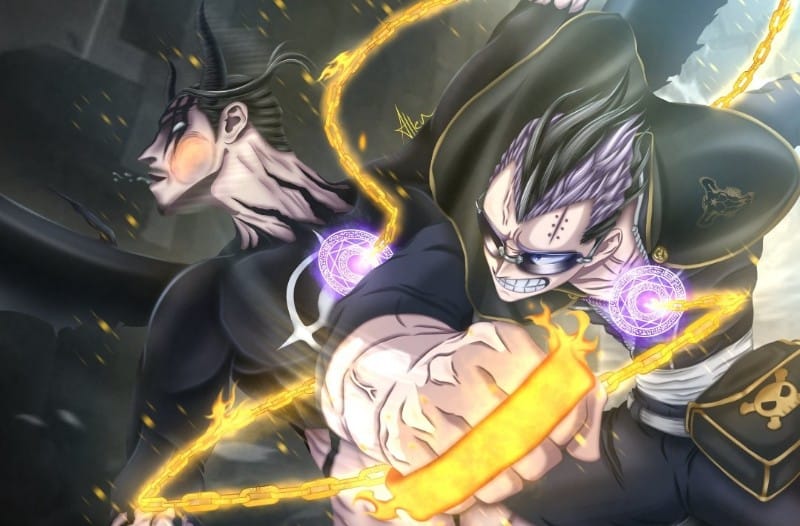 The fans were treated with a flashback in Chapter 292 which made it clear as to what happened between Magna and Zora. Magna had come looking for Zora to teach him his fighting techniques. After a lot of pleading, Zora finally decided to take Magna under his wing but he warned him that the task was not going to be easy. Magna started studying and training hard and finally discovered a unique array one day.

Zora told him that it could work but it would take a high amount of work and time to complete the process. Finally, after six months of intense practice, Magna was able to perfect that spell. The scene shifted to the present moment where Magna had reduced Dante’s power by using Secret Flame Magic: Soul Chain Death Match. Although Dante was surprised by such a unique spell at first, he collected himself and hit back with Gravity Magic: Heavy Infighting.

They kept on dealing blows to each other when suddenly Dante said that as long as he had his regeneration ability there was no way Magna would be able to defeat him. Meanwhile, Zora kept standing on the sidelines and admired the fact how much Magna had grown in power and character in those six months. He wished for Magna to win the fight as the chapter ended with Magna plummeting Dante to the ground.

We will finally be able to see the conclusion of this fight between Magna and Dante in the upcoming chapter. All the signs have been towards Magna emerging victorious and it remains to be seen how he does it. The new chapter is going to be published with the title of: “Hitting Unreasonable.“

Fans can finally enjoy the defeat of Dante when the new chapter releases on May 23, 2021. It serves Dante well as he crumbles due to his arrogance and overconfidence. It will be very satisfying to see Magna’s winning punch on Dante.

Where to Read Black Clover Chapter 293-

Mangaplus Shueisha and Viz Media will update their websites with the latest chapters as soon as they are officially released. After a one week break, it goes without saying that fans are bursting in excitement on getting their hands on the new chapter. Until we come back with new spoilers next week, be on the lookout for more amazing content.