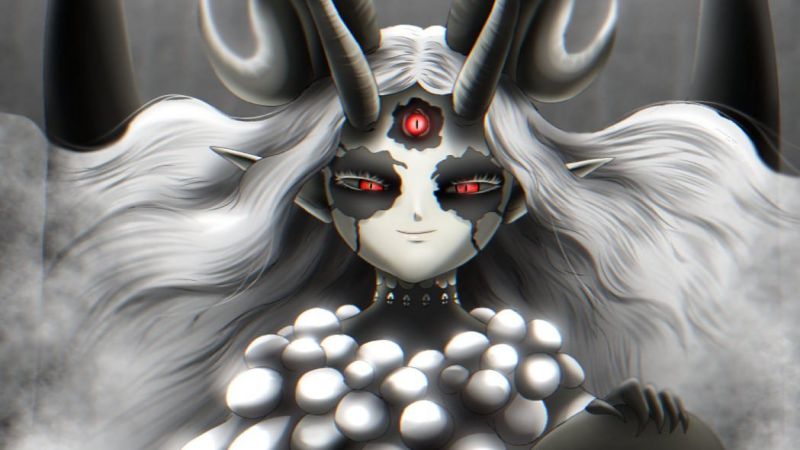 In this article, we will discuss Black Clover Chapter 298 Raw Scans & Spoilers. The battle between Noelle & Vanica has been reaching its final conclusion with Seal Dragon’s Roar and Red Beast clashing with each other.

Noelle had managed to pierce Vanica straight through her as she began spitting blood from her mouth. She still tried to get away from her with Noelle giving her chase.

It was clear at that point that Vanica had become completely mad as she began screaming Noelle’s name. Noelle kept on striking Vanica as she went crashing onto a wall. She stooped above her and held the sword at her neck while telling her that she had lost.

Vanica seemed to have completely lost her mind as she said that felt extremely good and she would want to be friends with her. Noelle said that was not possible and was about to finish her off when we suddenly heard a different voice.

Noelle felt a different presence to Vanica’s magic as the strange voice said that three powerful mages of the same gender were present at that place allowing her to descend in full flesh. We were then introduced to Megicula in person who had almost taken over Vanica’s body.

Megicula said that once Vanica and Lolopechka dies, her manifestation as a devil would be complete. We also saw that Lolopechka was also beginning to turn into a devil as the chapter ended with an impending clash between Megicula and the rest.

The upcoming chapter of Black Clover is going to be only eleven pages which signifies the possibility of the manga soon being on a break. As we have already guessed, the latest chapter will cover the details of Lolopechka’s fight with the others. Chapter 298 will be featured with the title of “Uncertainty“.

Here, we have attached the link to Black Clover Chapter 298 Raw Scans.

Black Clover will follow its usual schedule and release on July 4, 2021. One battle has come to a conclusion as another foe has risen. It will be interesting to see how others can save Lolopechka from her impending death.

Where to Read Black Clover Chapter 298-

Mangaplus Shueisha and Viz Media will provide the fans with the new chapter of Black Clover as soon as it is released. The official release time is at 12 AM JST. We will be back again with another interesting article. Stay tuned with us.