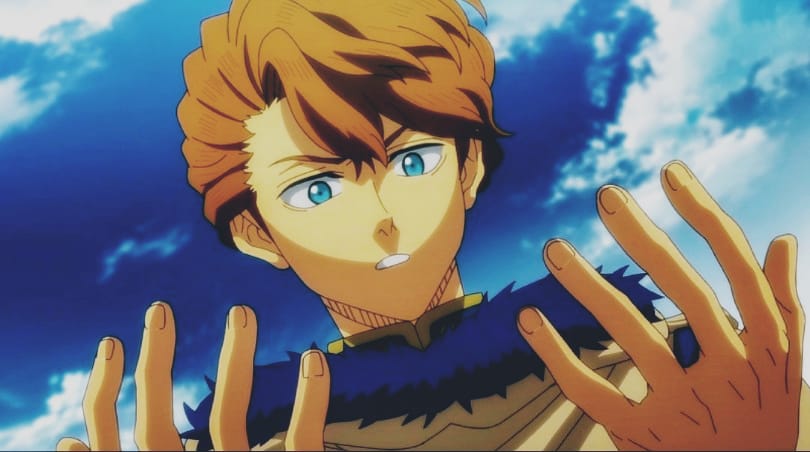 The recent episode of the Black Clover series has mainly focused on Langris. He knows that his magic is not strong enough to challenge Yuno. Also, the boosted part of his Spatial Magic (from Elf’s spirit) is getting faint day by day. He is well aware of his situation. That is why he chose to left his position as Vice-Captain and decided to go for intense training.

On the other hand, some of the members of the Black Bulls will advance in the Heart Kingdom to practice and increase their mana. Everyone will start their training with the Spirit Guardian. But the selection is not over yet. One of the Clover Kingdom mages will not get selected for the training in the Heart Kingdom. So, who will get rejected?

Black Clover Episode 155 will release next week under the title, “The 5 Spirit Guardians.” The Heart Kingdom’s five Spirit Guardians will teach the Clover Knights about the mana zone and new techniques. They all are preparing for the battle against the Spade Kingdom and the Dark Triad. Within six months, all the members of the Clover Kingdom will become exponentially powerful.

The Black Clover anime series has now ended the filler episodes and begun to show the original content. Therefore, now we can easily predict the happenings of the next episode based on the manga adaptation. So, let’s begin;

This is the summary of the next episode. We hope you have enjoyed this. Now, the Black Clover anime series has entered its first stage of the Great Battle against the Spade Kingdom. Black Clover Episode 155 will release next week on December 8, 2020. The next episode’s timings will differ according to the region, but the release date will be the same. Fans have to wait one more week to get the latest episode.

Where to Watch Black Clover Episode 155-

Fans can watch the latest episode of Black Clover on Crunchyroll and Funimation. For Episode 155, we have to wait until we get the official release. We will be back next week with another spoiler article. Till then, stay tuned with us.