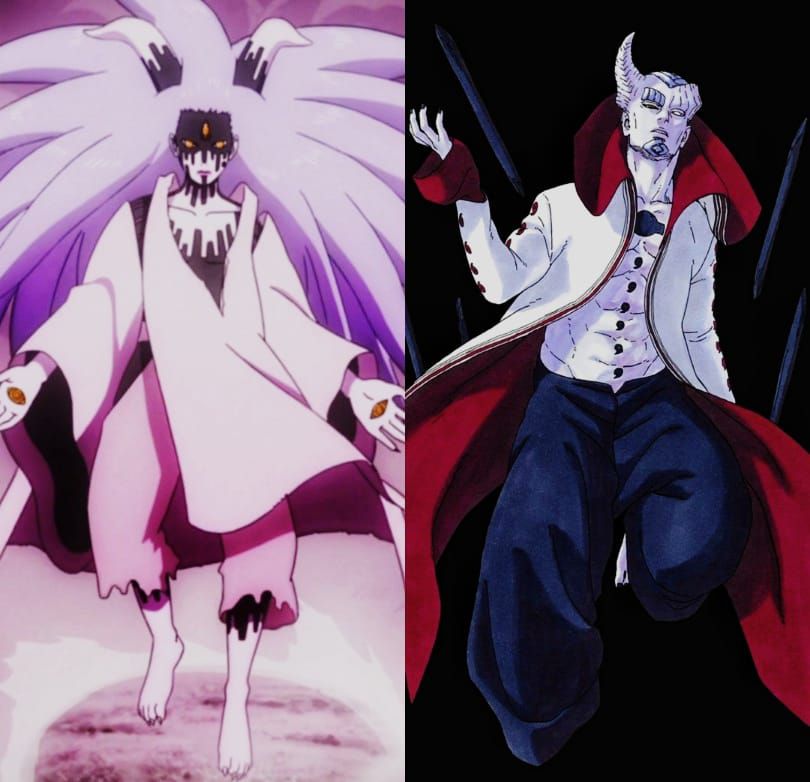 One of the most lovable anime character, Naruto Uzumaki, has shown his prominent technique against Isshiki Otsutsuki.  Isshiki Otsutsuki introduced himself as the strongest Otsutsuki ever known. He outmatched both Sasuke and Naruto at the same time. So, to save everyone from this dangerous threat, Kurama used an ace up its sleeve. It’s a do-or-die technique to increase the flow of energy exponentially. This technique gives Naruto strength and speed that surpasses even Isshiki’s. Kurama explained this technique to Naruto, but he couldn’t understand. Hence in this post, we will explain the Baryon Mode of Naruto, including the predictions of Boruto Chapter 53.

Naruto has surpassed Isshiki in his Baryon mode, but he couldn’t sustain it much longer due to limited chakra. But he has done his job of minimizing the life span of Isshiki Otsutsuki. However, Isshiki is also a clever opponent; he teleported Kawaki on the battlefield. Also, Naruto and Kurama’s chakra is exhausting, and once it’s over, they will die. The chapter ended with the opening of Boruto’s Pure eye. So, what will happen now? Will Momoshiki interfere in the battle, or Boruto will think of some strategy to save Naruto?  Therefore, in this post, let’s talk over the spoilers and release date of Boruto Chapter 53.

Baryon Mode is the technique where Kurama has started a nuclear fusion in Naruto’s body.  It means now Naruto is absorbing chakra and life forces from his surroundings and convert it into strength and speed. In this fusion, both Naruto and Kurama’s chakra is continuously consuming until one or both of their lives run out. This mode can be achieved only once, and once it’s get activated, it won’t stop until the users’ life form is completely exhausted. So, in our view, either Naruto or Kurama may sacrifice.

In Boruto Chapter 53, Boruto or Momoshiki will play an important role in this battle. We saw that Boruto had awakened his Jougan during the clash. Isshiki sensed Kawaki from Naruto’s chakra and teleported him in the battlefield to use him as a vessel. Now less than 10 minutes are left, and Naruto is on his limits. Fans have assumed that Momoshiki will clash with Isshiki just like he finished Boro. When Boro became berserk, he tried to kill Boruto, so, to save his vessel Momoshiki killed Boro with a super Rasengan. He knows that Isshiki will feed him to Ten-Tails in order to beget Chakra fruit.

On the contrary, Momoshiki also has greed for the Chakra fruit. Therefore, we can estimate that he will definitely interfere in the battle. Also, Sasuke will take advantage of this situation. He will try to run with Kawaki, but there is a slight chance of achieving this. Now, Isshiki has very little time left, and after that, he will die. Hence, it will be interesting to witness what will happen in the next chapter.

Boruto is a monthly scheduled manga; therefore, Boruto Chapter 53 will release on December 20, 2020. Fans have to wait one more month to get the next release. This new release will decide how Isshiki will manage to take Kawaki’s body.

Where to Read Boruto Chapter 53-

Fans can read the latest chapter of Boruto from the Mangaplus or Viz Media official website. Reddit has also posted the link to the latest chapter. We will be back with raw scans of chapter 53. Till then, stay tuned with us.

Also, Read- Meaning of Blackbeard’s Pirate Flag in One Piece