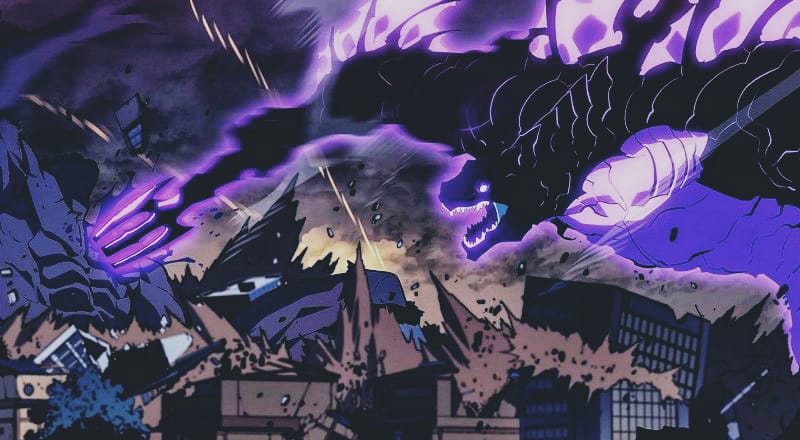 Hunter Sung Jin-Woo is so massive that only his shadow soldiers are enough to take down the S-rank dungeon. Only groups of shadow soldiers have recovered almost every part of Tokyo. Not only rescued, but they also defeated the Giant monsters and saved the lives of many other hunters.

On the other hand, hunter Sung Jin-Woo arose and collected the defeated Giant monster’s shadows in his summons.  After adding the Giant monsters, his team of shadow soldiers has become even more powerful. Now, it’s a battle between the Boss Giant and the Shadow Soldiers. So, who will win? The answer is the Boss Giant.

Yes, you heard, right. The Boss Giant is not as same as the typical giant monster. Based on strength and resilience, it is even more potent than hunter Sung Jin-Woo. Also, its speed is far greater than an elite A-rank melee hunter.  So, how hunter Sung Jin-Woo will manage to fight with it? In this post, we will discuss the spoilers and the release date of Solo Leveling Chapter 136.

Therefore, with the team efforts, hunter Sung Jin-Woo will manage to take down the Boss Giant and become the first hunter who has cleared the two S-rank dungeon breakdown all by himself. In the end, good news for Sung Jin-Woo will appear on the screen, “Level Up.”

Solo Leveling is a weekly scheduled manga; therefore, the next chapter will release next week on January 20, 2021. The timings of the release will differ according to the regions. From the next chapter, we will witness the circumstances of the different S-rank dungeon breakdown too.

Where to Read Solo Leveling Chapter 136-

Fans can read Solo Leveling Chapter 135 on the official website of Mangadex. For Chapter 136, you have to wait for a week. We will be back with another spoiler article. Till then, stay tuned with us.