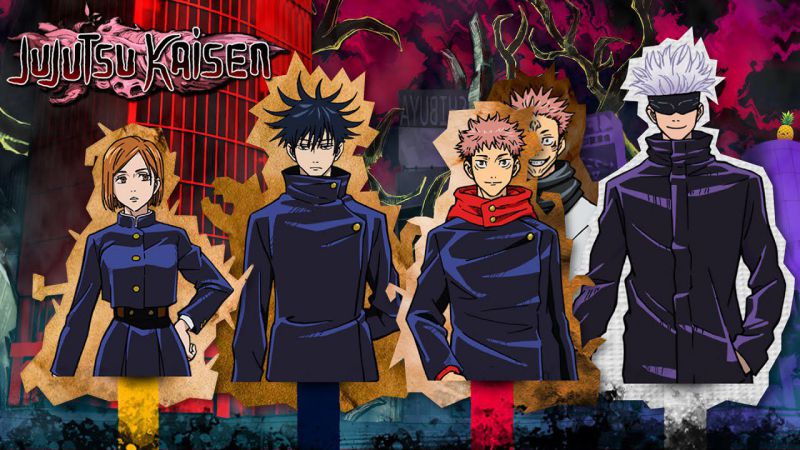 The previous chapter of Jujutsu Kaisen started with the fight between Okkotsu and Itadori. Itadori realized that Okkotsu is very skillful with his Katana and he needed to disarm him of that. Itadori quickly grabbed a knife from a nearby SUV and attacked Okkotsu with it. Itadori remembered what Gojo Sensei had told him about fusing Cursed Energy with normal weapons to transform them into Cursed Tools. He did exactly that to his knife and tried to break Okkotsu’s Katana.

Okkotsu realized that Yuji was too focused on his Katana and kicked him away to the side. However, in the very next moment when Okkotsu tried to land a blow with his Katana, Yuji managed to break it with his knife which was flowing with Cursed Energy. Okkotsu was impressed with Yuji’s brilliance and understood that since he was also Gojo’s pupil, defeating him was not going to be easy. Meanwhile, Yuji thinking they were on level grounds now tried to attack Okkotsu but he got thwarted instantly by Rika who grabbed hold of him. Okkotsu took advantage of this opportunity to stab him with his broken Katana.

Sukuna clicked his tongue watching the condition of Itadori and then smiled the very next moment when something happened to catch his attention. The scene shifted to the fight between Naoya and Choso where Naoya was dominating his opponent with his speed. The chapter ended with Choso activating his Flowing Red Scale: Stack in response to Naoya’s power.

The most interesting thing to look forward to in the upcoming chapter will be the reason behind Sukuna’s smile. He saw in the previous chapter how Sukuna was disappointed at first with Yuji but smiled the very next moment seeing something. Hopefully, we can see a fight between Sukuna and Rika.

Here, we have attached the raw scans of Jujutsu Kaisen Chapter 142.

Chapter 142 of Jujutsu Kaisen is going to be released on March 14, 2021. Jujutsu Kaisen has a weekly release and the new chapters get released every Sunday. Thus, fans don’t need to wait for a long time to see what is going to unfold in the upcoming chapter.

Where to Read Jujutsu Kaisen Chapter 142-

Chapter 142 of Jujutsu Kaisen can be read from the official website of Mangaplus Shueisha or Viz Media. Mangaplus has provided free access to all chapters of Jujutsu Kaisen to the fans. We will be back soon with another raw scan and spoiler article. Till then, stay tuned with us.