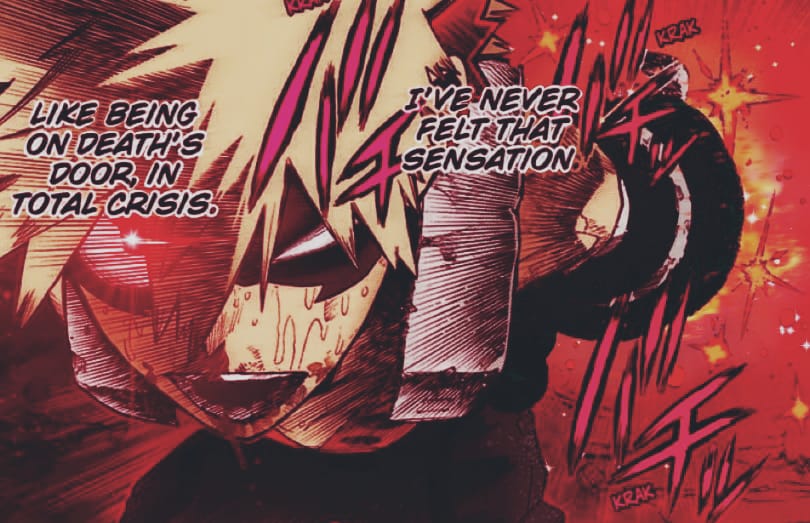 Finally, fans on Reddit and Twitter shared the raw scans of Boku No Hero Academia/ My Hero Academia Chapter 294. From the raw scans, it seems like the Great Battle will end soon. In the previous chapter, we will witness the heroes’ remarkable comeback by defeating the biggest obstacle.

The next chapter will focus on the remnants of the League of Villain. Best Jeanist has tied everyone with his fibers. Therefore, in the escape mission, Compress will play a significant role. The new release will unveil the face and the true identity of Compress in the end. Therefore, without any delay, let’s start the discussion of the next chapter.

My Hero Academia Chapter 294 will release under the title, “The Last Stage.” In our opinion, the last stage denotes the quirk or some technique which will achieve by Compress. The center point of the next chapter will be Compress.

The chapter will end with the excellent escape show created by Compress by unveiling his face, identity, and true power. Fans are very excited to see some action by the Thief King’s grandchild. Here we have attached the link to Boku No Hero Academia Chapter 294 Raw Scans. Must Read- My Hero Academia: Drawing Smash, First Art Exhibition in Tokyo and Osaka in 2021

Where to Read My Hero Academia Chapter 294-

Fans can read the upcoming chapter once released on the official website of Mangaplus Shueisha and Viz Media. Reddit will also provide the official link to the next chapter. We will be back next week with another spoiler article. Till then, stay tuned with us.