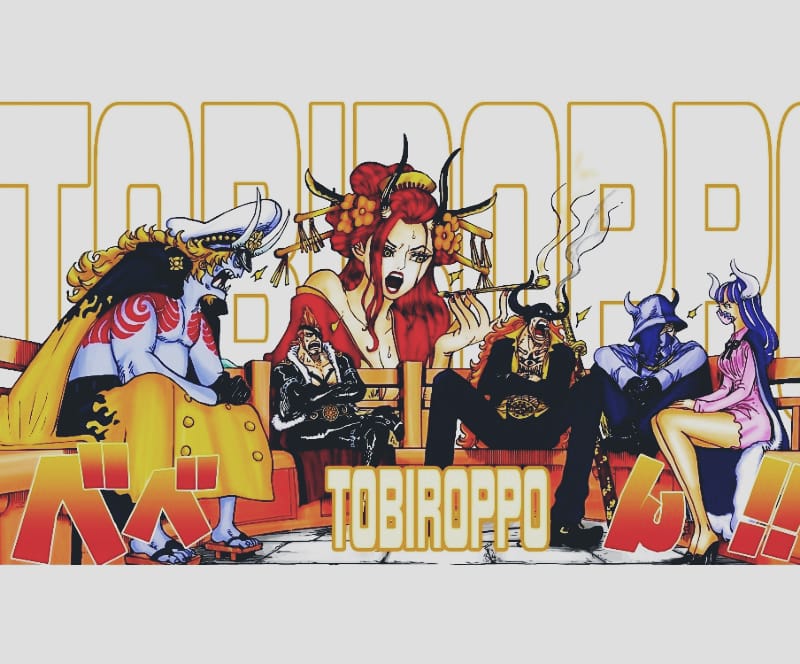 Once again, Reddit surfaced the Korean source of One Piece Chapter 998, confirmed by Redon. The best news is there will be no break next week also. It means we will get back-to-back new releases. Back to Chapter 998, we will finally witness the Devil Fruits of the Flying Six (Tobi Roppo). So, get ready to see the abilities of the Ancient species on Sunday.

Also, this is not the end; Marco will play a very crucial role in the next chapter. We have already predicted Marco’s role in our previous One Piece Spoiler article. But the peak part of the upcoming chapter will be Yamato. She will unveil that in the past, she met someone. So, who was that character? This post will reveal some great happenings and the release date of One Piece Chapter 998.

One Piece Chapter 998 will release under the title “Ancient Species.” As justified by the raw scans, the next chapter’s central focus will be the flying six; Sasaki, Black Maria, and Who’s Who will unveil their power and abilities of Zoan Devil Fruit. Also, the scenes will come where the focus will shift towards Marco and Yamato. So, let’s discuss the summary of the upcoming chapter.

Here is the summary of the next chapter, which will display the abilities of different ancient species. Yamato will unveil her past, where she presumes that a man came to kill her father a few years ago. Fans are predicting that the man was Ace. Here, we have attached the Reddit link of the raw scans. You can visit there to get a detailed summary. One Piece Chapter 998 will release this week, on December 13, 2020. Also, the next chapter will not on hiatus. It means that there are more chances of Chapter 1000’s delay. As per sources, fans predict that the 1000th chapter will officially release next year in the first week of January.

Where to Read One Piece Chapter 998-

You can read One Piece Chapter 998 from the official website of Mangaplus Shueisha and Viz Media. Fans can download the Mangaplus app from the play store to get the latest updates. We will be back next week with another spoiler article. Till then, stay tuned with us.

Also, Read- Meaning of Blackbeard’s Pirate Flag in One Piece