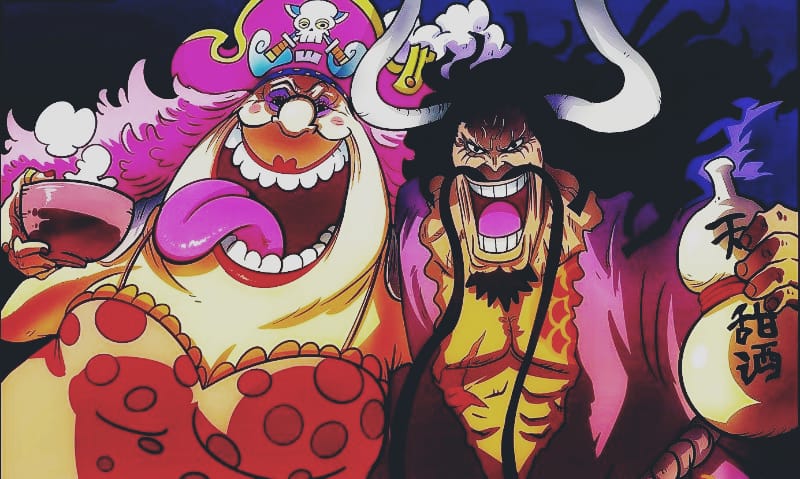 The day Rocks Pirate fell! At last, Big Mom will meet Kaido in the next chapter, and she will remind him about the day when the Rocks Pirate tore down. But still, this will not be the climax part of the next chapter. The most incredible scene will be the clash between Yamato and Ace in the past. The raw scans of One Piece Chapter 999 have surfaced and confirmed by Redon.

Three years ago, Ace came to Onigashima to challenge the most powerful creature in the One Piece World. Unfortunately, he confronted Yamato. Therefore, the next chapter will display the past conversation of both. So, get ready; from now on, we will discuss the raw scans and release date of One Piece Chapter 999.

One Piece Chapter 999 will release next week under the title, “The waiting liquor I made for you.” This has shown the connection between Ace and Yamato. At the end of the previous chapter, Yamato has begun a story of a man who came to kill her father. The next chapter will continue with this past story.

However, in the end, Big Mom will remind Kaido of the day when the Rocks Pirate fell. Fans are assuming that in the 1000th chapter, we may witness a glimpse of the Rocks Pirate adventure. This means we may also notice the epic battle between Roger & Garp and the Rocks Pirate.

One Piece Chapter 999 will release this Sunday on December 20, 2020. Here, we have attached the link to the next chapter’s raw scans. You can visit there to know more about the raw scans and the summary. Fans have to wait 4 more days to get the upcoming release.

Where to Read One Piece Chapter 999-

Fans can download Mangaplus Shueisha’s official app from the play store to get the latest updates. This is a great time to deep root the one official source for the One Piece series because, after two weeks, the series will launch its 1000th chapter.