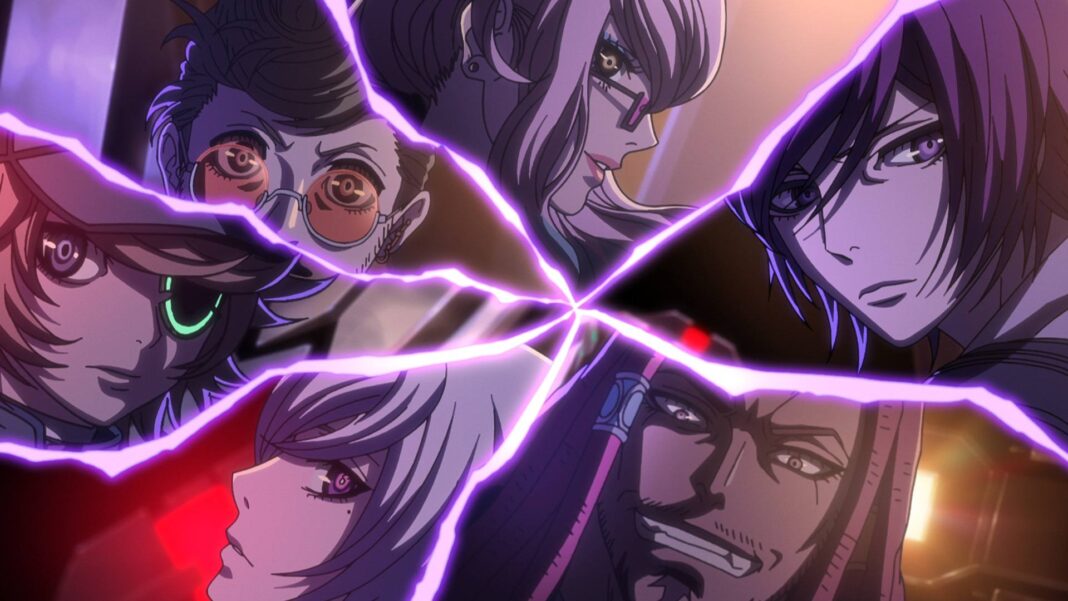 Akudama Drive Episode 12 is titled ‘Akudama Drive,’ it will feature the courier and the swindler with the siblings leaving the exploded Shinkansen on time. As Kazutaka Kodaka is the creator of the series, his most famous work ‘Danganronpa,’ the fans have hurled Reddit with their own theories based on his previous works. On the previous note, episode 11 felt a bit too fast, one very important revelation of Kanto, that it is not a place, rather just a quantum supercomputer. Why did the Executioners blow up Shinkansen? Do the higher officials in Kansai know the truth about Kanto? Read further to know about them.

The viewers found out that Kanto is actually a quantum supercomputer that has the stored data of all the remaining people of Kanto after the war. It creates an imaginary Utopia, in which the person can live the happy moments of his life, again and again, giving them a life full of happiness. As the computer has its own physical longevity, it played the creation of the immortal siblings as it tried to copy all its data into the siblings and become immortal itself. The hacker broke the sequence and saved all of them. But while coming back on Shinkansen, they got blown up by the executioners. So, to know what happens next, let’s discuss some theories for episode 12:

This episode 12 will mainly feature the remaining two S-class Akudama confronting all the executioners in the city and at the same time figuring out a way to reach the destination and save the siblings.

Episode 12 will release next week, on December 24, i.e., on Thursday. The unknown location, given as a parting gift by the Hacker, will be the main attraction in the next episode. Further, being the last episode, we can look forward to a spectacular ending.

Where to read Akudama Drive! Episode 12–

You can watch the latest episodes of Akudama Drive on Funimation and other paid platforms. We will be back soon with more of your favorite anime spoiler articles. Until then, stay tuned, stay hyped.