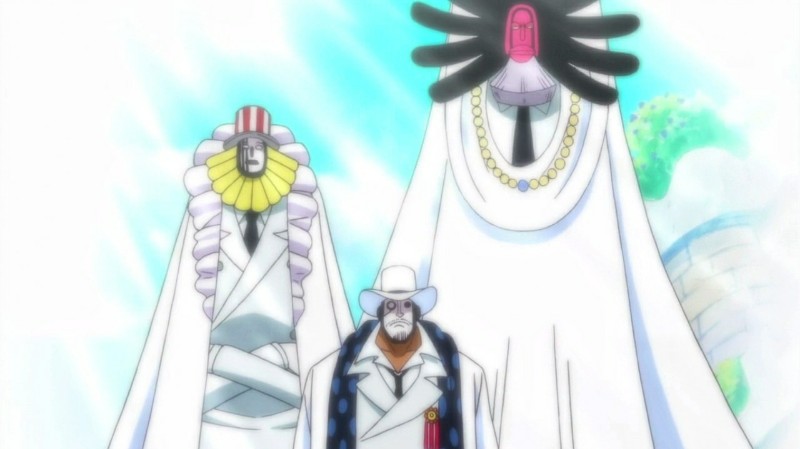 The Korean Source of One Piece Chapter 1003 confirmed spoilers surfaced on the Reddit thread. The upcoming chapter will become one of the most exciting chapters because CP-0 will make their roll call. Not only CP-0, but we will also witness Kaido’s Hybrid form for the first time in the One Piece history.

The collections of the best events in one chapter will excite fans more than anything else. The last chapter was ended amidst a fight where Luffy landed his most powerful attack, ‘Kong Gatling’ on Kaido. Therefore, we will begin the spoilers from this scene. So, let’s start.

One Piece Chapter 1003 will release under the title, “The Night on the Board.” Here, the title refers to the night of the Fire Festival, and the board is the reference of the Onigashima. Previously, the Supernova unveiled their growth in power, and on the contrary, both the Emperors also revealed their overpowering strength.

The series has shown till now; if Big Mom doesn’t join the fight alongside Kaido, the Supernova would have defeated him. However, de facto, Kaido is the strongest creature in the One Piece world. Still, he got beaten by the Supernova. That’s why in the next chapter, he will transform into his aggressive Hybrid form. But before any further discussion, let’s proceed to spoilers.

It will be interesting to witness his Hybrid form. The Zoan users are said to be most potent in their hybrid form. So, we can assume that Kaido’ll gonna unveiled his trump card.

Here we have attached the raw scans of One Piece Chapter 1003.

One Piece Chapter 1003 will officially release this week on February 7, 2020 (Sunday). Also, there is no news of hiatus next week. Fans have to wait a few more days to see Kaido’s Hybrid form.

Where to Read One Piece Chapter 1003-

After the official release, One Piece Chapter 1003 will be available on Mangaplus Shueisha and Viz Media’s official website. We will update this post once we get the raw scans of the upcoming chapter. Till then, stay tuned with us.