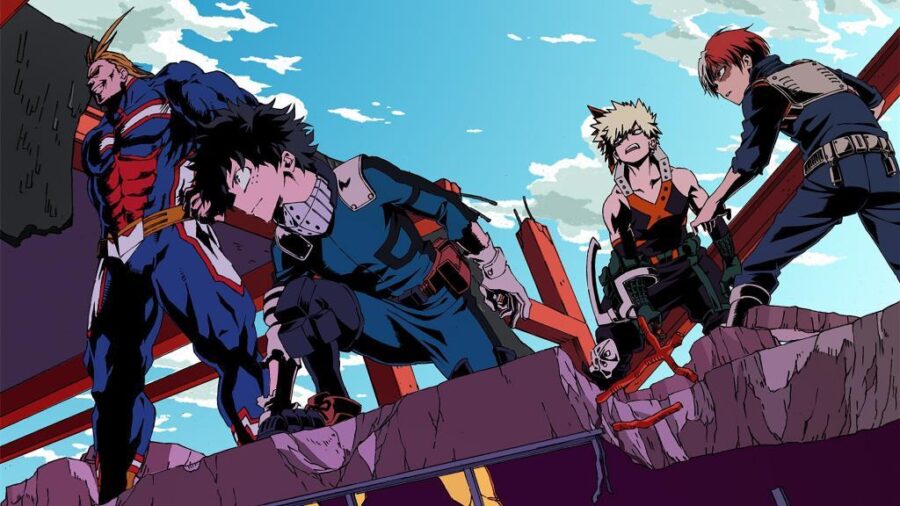 A few hours ago, the raw scans of My Hero Academia/Boku No Hero Academia Chapter 298 were posted on Twitter. Within the intervals of minutes, #BNHA298 has become trending. After the prison break, the chapter will show the critical condition of the Heroes in the hospital.

Many Heroes were eschewed in this Great battle, and many of them are still fighting for the life-death situation in the hospital. In short, the next chapter will display the aftermath of the battle. Therefore, in this post, we will discuss the confirmed spoilers and the raw scans of My Hero Academia Chapter 298.

My Hero Academia Chapter 298 will release under the title, “Crumbling Sound.” The prisoners who got escaped from Tartarus are making their way onto the mainland of Japan. Also, before the battle, Twice created a clone of Redestro, who attacked the Hero Commission and killed the Hero Commission’s President.

The climax of the next chapter is that Shigaraki will gain command over his body again. After that, the environment will display two day time skip where Bakugo will awake on the hospital bed and asking about Deku, Shoto, Aizawa, and Endeavor.

Reddit has also posted the preview of Chapter 299, where it unveils that the forces of Villain have grown stronger and put Heroes in a pinch. And after Chapter 298, the story will take a new turn.

My Hero Academia Chapter 298 will officially air on January 24, 2021. The good news is that there will be no break next week also. Now, fans have to wait three more days to get the official release.

Where to Read My Hero Academia Chapter 298-

Fans can read My Hero Academia/ Boku No Hero Academia Chapter 298 on Sunday from Mangaplus Shueisha and Viz Media’s official website.  We will be back next week with another spoiler article. Till then, stay tuned with us.