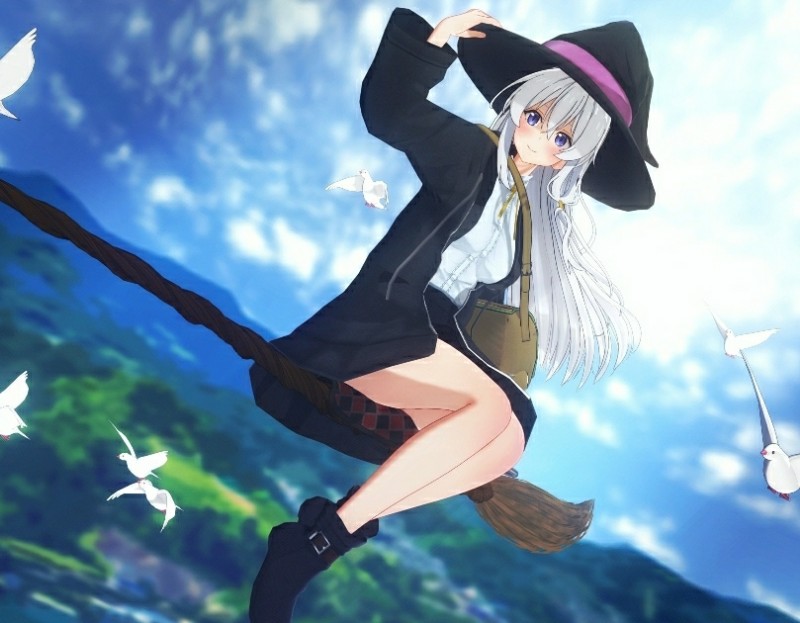 Yet again, an incredible episode has surfaced with a remarkable reunion of the teachers and apprentices. The episode combined many interesting happenings back-to-back. The favorite part of the panel involved the past that happened with the teachers. This story is linked to the previous episode when the two great witches discussed the memories of their friendship. In the end, everyone gets back to their work, and Majo No Tabitabi or Wandering Witch Episode 12 will show another exciting journey of Elaina.

Majo No Tabitabi Episode 11 was one of the most loving episodes till now. It showed pure love in friendship, which can’t be broken. Both Elaina and Saya are real friends, just like teachers, the Stardust Witch, Fran, and the Night Witch, Sheila. The episode has unveiled one of the greatest mysteries of the series. It has answered the question; who was Nike? Here, in this post, we will discuss Nike’s true identity and the next episode’s release date.

According to Elaina, Qunorts, the Town of Freedom is the sacred place for all Nike’s fans. So, she visited and wandered that town. The episode began with the revival of the Curio Company after 20 years. As mentioned in episode 9, the Curio Company is a group of people who uses artificial magic tools to capture mages. In the past, Fran (the Stardust Witch), and Sheila (the Night Witch), defeated and captured the Curio Company. But after 20 years, they escaped and formed once again.

Therefore, to avoid any danger, Elaina decided to conceal her identity, and on the other hand, Saya was transporting the mystery box to the Association. However, they were both linked by destiny, and as a result, their bodies get switched. It was a fascinating moment to witness how two junior witch friends captured the Curio Company after 20 years. It showed a glimpse of Nike’s apprentices that arrested the same people in the past.

Finally, the truth also revealed to both Elaina and Saya that their teachers were Nike’s apprentice, and they were the ones who had seized the Curio Company in the past. For Elaina, it was an awesome moment that her teacher knows her idol. This has motivated her more, and now she is determined to continue her adventure.

Majo No Tabitabi is a weekly scheduled animated series; therefore, the next episode will release on December 18, 2020. Fans have to wait one more week to get the new release. In the next episode, we will see a new adventure of Elaina.

Where to Watch Majo No Tabitabi Episode 12-

Fans can watch Majo No Tabitabi Episode 11 on the official streaming website of Muse Asia, AnimeLab, and Funimation. Also, Reddit will post the official link on its Majo No Tabitabi subreddit page. Here we have attached the link to previous episodes. If you want to watch it, you can visit there. We will be back next week with another spoiler article; till then, stay tuned with us.