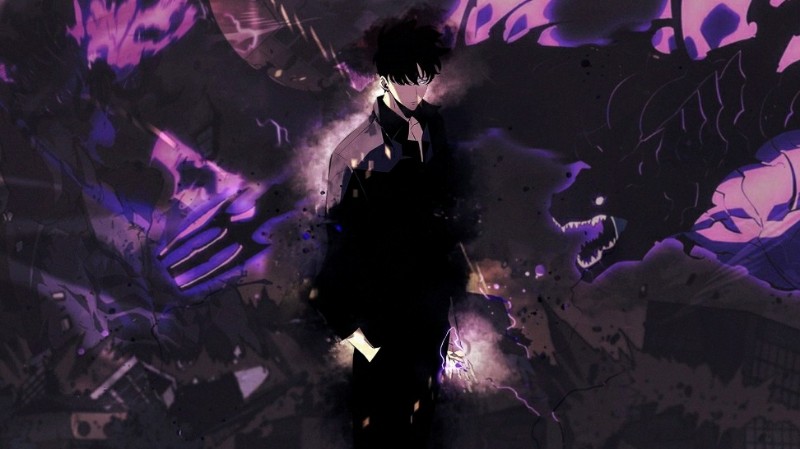 The previous chapter of Solo Leveling ended with Jin-Woo naming the Black Knight as Greed while waiting for Beru. Besides, we saw him defeating the National Rank Hunter and members of Scavengers with ease. If that was not all, we learned Jin-Woo broke every bone of Thomas Andre. And if not for Adam White’s request, he would have died.

Yu Jin-Ho is still admitted to the hospital, and in addition to that, there is a possible negative outcome if the news regarding Thomas Andre gets to the media. Will, there be another confrontation, or will Jin-Woo be arrested by the Hunters’ Bureau? So, what will happen in the upcoming chapter?

Chapter 148 of the webtoon series will begin with a newspaper talking about the National Runk Hunter’s condition. And will create attention among the citizens. The newspaper will also include images featuring unconscious Thomas and the protagonist, which will bring further notice to Jin-Woo.

The aftermath of this incident will see people talking about him and some not believing the news. Moreover, it will become a hot topic on social media. In the middle of the speculation of the people, Jin-Woo will be approached by Adam white. And will be taken to the Guild Conference venue and will be shown gratitude by him.

Scientist Belzer will emphasize the word ‘skies’ and draw the attention of every hunter in the conference, including Jin-Woo. Furthermore, the scientist will use the word ‘Magisphere‘ to denote the magic energy found in the atmosphere. He will reveal every location with the highest concentration of magisphere. Belzer will mention Seoul City, South Korea, which will draw every gaze towards Jin-Woo. The best part is hunter Sung Jin-Woo will meet Liu Zhigang, the seven-star hunter of China and one of the National Level Hunters. Now, what will be the outcome of this encounter?

Solo Leveling Chapter 148 will release on April 21, 2021. In some areas, it will surface on April 22, 2021. It is weekly series, nd there is no news of break next week. In the next chapter, the series will reveal more about the magisphere as well as Jin-Woo’s father.

Where to read Solo Leveling Chapter 148 –