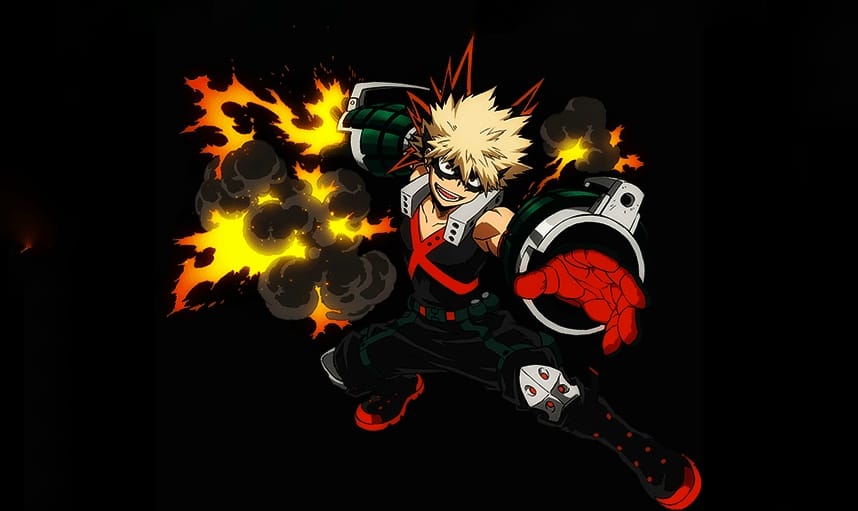 Finally, the biggest obstacle for the Heroes, i.e., Gigantomachia, has been taken down. Thanks to the sedative that has taken time but at last worked. Now both Gigantomachia and Shigaraki are down; also, Midoriya and Bakugo are back in the fight. It shows that the luck has returned towards the Heroes’ side. Currently, only Dabi is fighting against Shoto and Midoriya. So, how long will this fight continue? My Hero Academia Chapter 294 will give a glimpse of the Great Battle ending.

Bakugo, Mirio, Hado, and Iida have defeated the Nomus that came for the Gigantomachia. The peak part of the recent chapter was disclosing Bakugo’s Hero name. It’s “Great Explosion Murder God Dynamite.” The translated raw scans unveiled the name, “DynaMight,” but the official chapter confirmed it’s “Dynamite.” Everyone reacted in their way after hearing Bakugo’s Hero name, and Mirio is the only one who responded happily.

Fans are very excited to witness that Mirio’s quick has returned. The previous chapter has shown the struggle and practice of Mirio, Eri, and Eraserhead to control her quirk. In some way, Eri has gained control over her quirk. The happiest person is now Mirio because his quirk has returned to him, and he is now playing a crucial role in this battle.

Before collapsing, Gigantomachia has destroyed the fibers controlled by Best Jeanist. It means now the remnants of the League of Villains are also free from Jeanist. Also, Endeavour has come back into the action. After Shigaraki and Gigantomachia, Dabi is the strongest among all. He, alone, has been fighting with Shoto and Midoriya, but we think that the remaining heroes will also join the fight against him. Now, the only option left for them is to take Shigaraki and retreat.

Therefore, in our opinion, Spinner and Compress will take Shigaraki with them, and Dabi may divert the remaining heroes. If that happens then, Gigantomachia will be captured by the Heroes Association. The raw scans of the upcoming chapter will leak in the next 3-4 days. After the raw scans, we can estimate the circumstances of the next chapter. According to the official Shueisha report, My Hero Academia/ Boku No Hero Academia Chapter 294 will release next week on December 13, 2020, at midnight JST. The timings of the release will be different according to the regions. So, we will be back once we get the raw scans of the next chapter.

Where to Read My Hero Academia Chapter 294 –

Fans can read My Hero Academia/ Boku No Hero Academia Chapter 294 from the official website of Mangaplus Shueisha and Viz Media. You can download the official Mangaplus app from the play store to get the latest updates. For Chapter 294, you have to wait till next Sunday and then visit these sources. We will be back with another spoiler article. Till then, stay tuned with us.