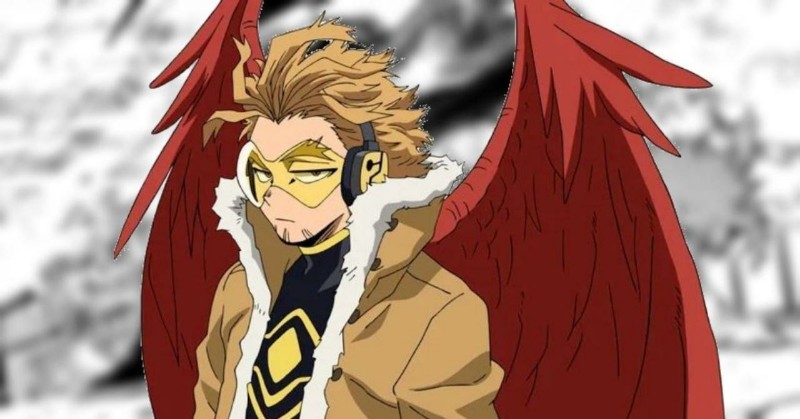 Recently, the Japanese translation of My Hero Academia Chapter 299 has surfaced on Reddit along with the raw scans. After going through the raw scans, we estimate that the maximum chapter will be mostly about Hawks. We know that Hawks’ condition is very critical. Therefore, the next chapter will display his current state.

Not only Hawks, but we will also witness the conversation between him and Best Jeanist. Many fans on Twitter predicted that Hawks would also die like Midnight because Dabi severely burned him. So, what will happen? Is this prediction accurate or not? Let’s discuss.

My Hero Academia Chapter 299 will release under the title, “A Guy with a Painful Story.” Here, the title refers to Hawks and his painful past. In the upcoming chapter, Horikoshi sensei will have beautifully displayed Hawks’ character and his journey of becoming a hero.

The next chapter will end with the line, “With fierce determination, Hawks will fly again!” This shows that he will be fine because of Fumikage, who saved him from Dabi.

Here we have attached the raw scans of My Hero Academia Chapter 299.

According to the Mangaplus Shueisha, My Hero Academia/ Boku No Hero Academia Chapter 299 will air this Sunday on January 31, 2020. The good news is there is no hiatus next week. It means Chapter 300 will release next week on February 7, 2021.

Where to My Hero Academia Chapter 299-

Fans can read My Hero Academia Chapter 299 on upcoming Sunday from Mangaplus Shueisha and Viz Media’s official website. You can also download the Mangaplus app from the play store to get the latest updates of different Shueisha manga. We will be back next week with another spoiler article of Boku no Hero Academia. Till then, stay tuned with us.