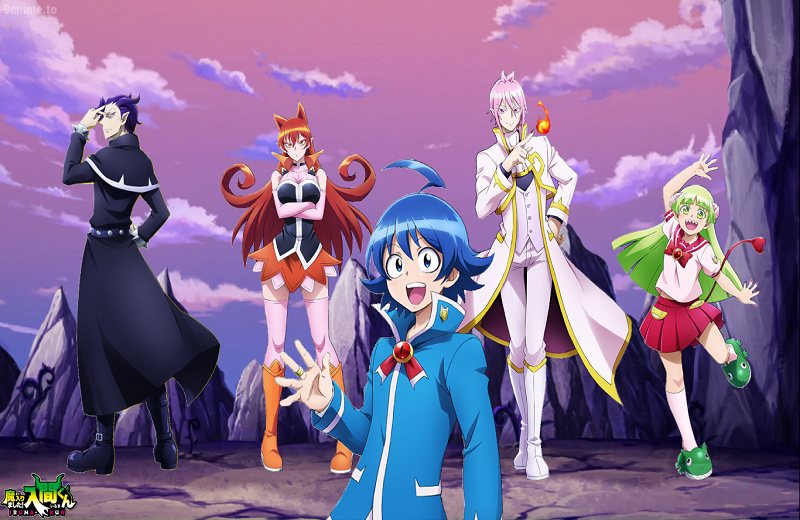 Let’s discuss the outcomes and predictions of Iruma-kun Chapter 219. The chase for the familiar contract termination continues! With the last few hours remaining, the stakes for the concerned parties are incredibly high. The young demons of the Misfits’ Class are ready to bring their sensei down for their pleasure, whereas Kalego sensei is hell-bent on keeping Iruma by his side. However, amidst all this chaos, the most essential player Opera-sama is yet to appear.

Kalego sensei caught wind of his variable and is ready to face the coming storm while adorning the combat outfit. While changing the outfit, suddenly, Opera appears with a loud bang. Opera is here to take Iruma back to the mansion at the behest of Sullivan-sama. Opera teases Kalego by taking out a summoning sticker- the most dangerous thing that can foil Kalego’s plan. Kalego is ready for a war and launches an all-out attack on Opera.

Kalego sensei unleashes Cerberus and traps Opera in a cage made of electricity. At that very moment, things get serious, and Opera, with a murderous look in his eyes, easily destroys the cage in one go and charges towards Kalego sensei. Just as the two mighty foes are about to collide head-on, they are interrupted by Balam sensei. Balam using his secret technique- Grand Cocoon, stops them midway.

He scolds them for showing such behavior in front of the students and tells them to ask Iruma about his opinion. Iruma tells them that he does not want to burden Kalego-sensei by keeping him as a familiar against his free will. Further, Iruma reveals that he feels safe with Kalego-sensei around as he is not able to summon familiars like his classmates. Listening to this Kalego sensei reveals that he doesn’t own a familiar himself.

What! Kalego-sensei doesn’t own a familiar then what about Cerberus. According to some community pages, several scenarios can arise. Firstly, Cerberus may be the bloodline magic of Kalego-sensei. Second, just like the magic beats of Kerori, Iruma can also summon some magic beasts.

Third, in the most likely scenario, Kalego will again form a contract with Iruma upon hearing that he feels safe with him, of course with Opera’s meddling. According to some community pages, the first and the third scenarios are likely to happen. One has to wait for the next chapter to finally reveal the fate of eggy-sensei and also to see what new twists are awaiting us.

Fans all over the world are eagerly waiting for the upcoming chapter to find out the true winner of the familiar contract termination process. Whether Kalego-sensei succeeds in his plans or an altogether different situation will arise. Alas! All we can do is wait patiently. The next chapter is expected to release around 11 September 2021.

Where to Read Iruma-kun Chapter 219-

This light-hearted comedy is a must-read. With a well-laid plot, interesting characters, comical situations, this series has garnered a wide fanbase within a short period. One can enjoy this series on several sites like readkomik.com and mangajar.com. Stay tuned to know more!