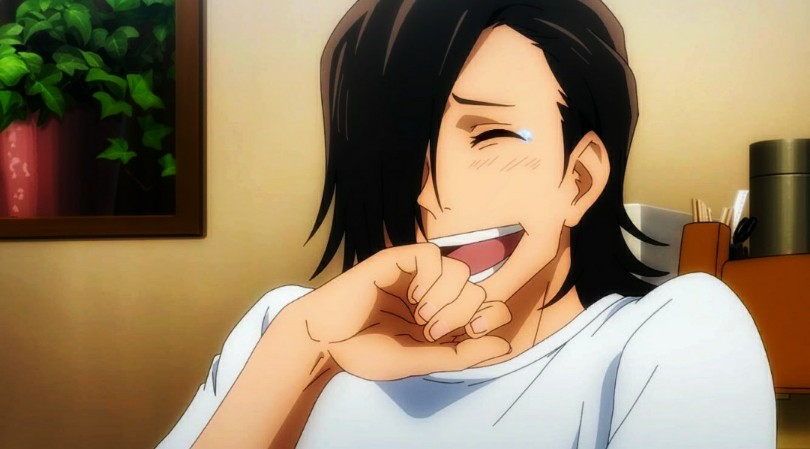 Finally, the battle between Nanami Kento and Mahito has over. Despite being a first-grade sorcerer, it was challenging for him to overpower a Special Grade Cursed Spirit. He took the right decision to grab advantage of the surroundings and escape. Nanami was already at his limits; if he had continued fighting, it would have created a severe problem for him. But the good news is; now he is safe, and also, next time, he will prepare before any making advancement.

On the other hand, Mahito has assassinated Junpei’s mom to motivate him towards the darkness. He mainly did this to blame Jujutsu Sorcerers directly and wants to use Junpei against them. Junpei has started to massacre his classmates to find out who exactly left Sukuna’s Cursed Finger inside his home. So, what is the main objective of Mahito and Geto in involving Junpei?

Jujutsu Kaisen Episode 12 will release next week under the title, “To You, Someday.” In the previous episode, Mahito has covered the school from his Cursed Energy barrier where one can enter but cannot leave the area. This barrier is different from Domain Expansion. In the school premises, everyone has already lost consciousness, and only some are standing. Junpei has begun his torture on his fellow bullies, but Itadori has made it on time. So, what will happen next?

Both Mahito and Geto have planned to capture Yuji so that they can invite Sukuna to their team. That is why they used Junpei as bait. Therefore, it will be interesting to witness what will happen to Junpei and Itadori and how Sukuna will react to this offer. Must Read- Power of Nanami Kento in Jujutsu Kaisen

Jujutsu Kaisen Episode 12 will officially release on December 18, 2020 midnight. The timings of the release will be different according to the region. Jujutsu Kaisen is the anime adaptation of the JJK manga series.

Where to Watch Jujutsu Kaisen Episode 12-

Fans can watch the latest Jujutsu Kaisen episode from the official website of Crunchyroll. Some private servers have also provided free links to the episodes. For Episode 12, fans have to wait one more week. We will be back with another spoiler article next week. Till then, stay blessed and tuned with us.