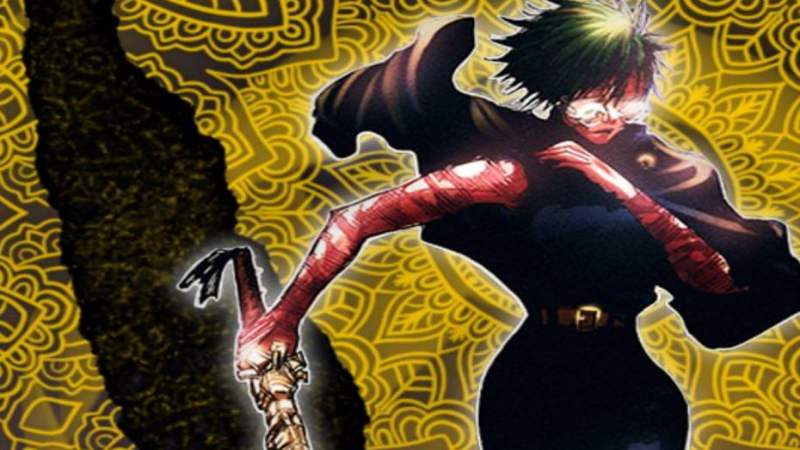 As expected, Maki did not receive a warm welcome from the Zenin family in the last chapter of Jujutsu Kaisen. On entering the Zenin household, she first met Naoya Zenin, who instantly ridiculed her for her burnt face. He kept insulting her, but Maki ignored all of that and proceeded to go towards the warehouse. Her mother stopped her in the tracks and told her that it was forbidden for them to enter that place.

Maki said that she had permission from Megumi and opened the warehouse. She was taken aback by seeing her father, Ogi Zenin, sitting on the floor. Mai was lying on a pool of blood beside him. Meanwhile, from the conversation of the Zenin brothers, we came to know that they were planning to kill Maki, Mai, and Megumi. Ogi told her daughter that he had already anticipated her plan and, as a result, removed all the cursed tools from the warehouse.

Ogi Zenin blamed Maki and Mai for his failure to become the head of the Zenin clan. Maki said that it could also have been due to the fact that he was inhuman enough to kill his own children. They started exchanging blows with their weapons, and Maki was able to break his sword. However, Ogi was able to infuse it with Cursed Energy and strike back against her. The chapter ended with Maki falling to the ground after taking heavy damage.

The fight between Maki and Ogi Zenin is going to reach its climax in the upcoming chapter. The saddest news is that another beloved character in the form of Mai Zenin is going to die in chapter 149. This will come as another blow to the fans, having already endured the death of Principal Yaga. The new chapter is going to feature the title of: “Perfect Preparation, Part 2“.

Must Read- (2021) Power of Suguru Geto in Jujutsu Kaisen Explained

The concluding part of this thrilling fight is going to release on May 23, 2021. Fans need to prepare themselves for the death of another popular character and possibly even more in the future. The next chapter will also feature the announcement of a popularity poll in celebration of its third anniversary.

Where to Read Jujutsu Kaisen Chapter 149-

The two main websites available to read the latest chapters of Jujutsu Kaisen are Mangaplus Shueisha and Viz Media. Fans can visit their official websites on the scheduled date to read chapter 149 of Jujutsu Kaisen. We will be back with a new set of spoilers next week. Till then, stay tuned with us.