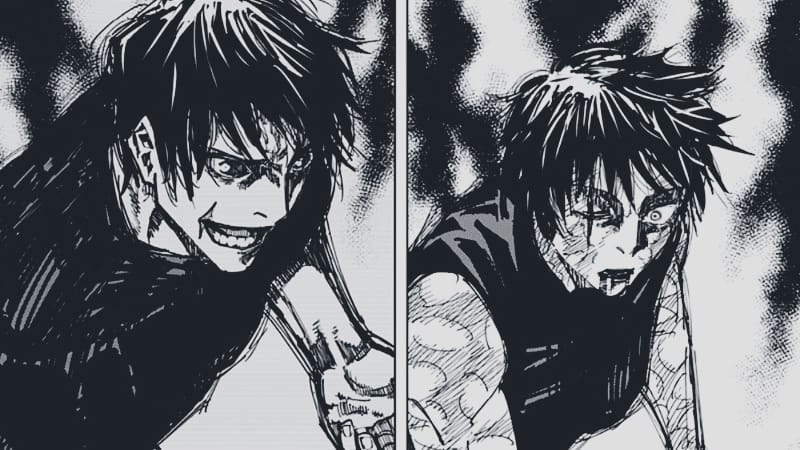 The last chapter of Jujutsu Kaisen showed an incredible amount of progress in Maki’s character development. She and Mai were dragged by Ogi Zenin to the training room so that the cursed spirits will kill them in their injured state. When Maki regained consciousness, she saw that they were at a beach, and Mai told her that she was on her own from that point.

Mai kept walking towards the sea and told her that a sacrifice needed to be made in order for Maki to grow stronger. She also said that she would use the last of her energy to make a weapon for Maki, but it would make her die. Although Maki pleaded with her a lot to come back to her, she ultimately dies with her last wish for Maki to destroy everything.

Maki woke up in the training room with the weapon besides her as the cursed spirits kept approaching her. Meanwhile, Ogi Zenin was taken aback when he couldn’t sense any curses in the training room. When Maki emerged from the room, he could see Toji Fushiguro’s shadow in her and was frozen with fear. He tried to attack Maki with Release Cursed Technique: Strong Flame but the chapter ended with Maki slicing off his father’s head with one strike and honoring her sister’s last words.

Chapter 150 of Jujutsu Kaisen is going to cover the befall of the Zenin Clan. It will show us how Maki is going to start a rampage in the Zenin house following her sister’s death. It will be a continuation of the previous events and will have the title of: “Perfect Preparation Part 3“.

Finally, Maki has begun the destruction of the Zenin Clan. It will be incredible to witness the fight between Maki and Jinichi (1st Grade sorcerer). Now, it is clear that Maki is more powerful than an average 1st Grade sorcerer. So, will she categories under the Special Grade sorcerer? If yes, then she will also manage to defeat Naoya. However, Naoya is the biggest obstacle for both Maki and Megumi. We are pretty sure that he will not get defeated easily.

Here, we have attached the link to Jujutsu Kaisen Chapter 150 Raw Scans.

According to the weekly release schedule of Jujutsu Kaisen, the new chapter is supposed to release on May 30, 2021. Things are already moving very fast, indicating the start of another great arc. It will also be fascinating to see if Naoya gets defeated in Maki’s hands.

Where to Read Jujutsu Kaisen Chapter 150-

Fans can visit the official sites of Mangaplus Shueisha and Viz Media to read chapter 150 of Jujutsu Kaisen. They not only update their websites with the latest chapters, but they also provide the next release date. We will come back with more spoiler articles. Till then, stay tuned with us.