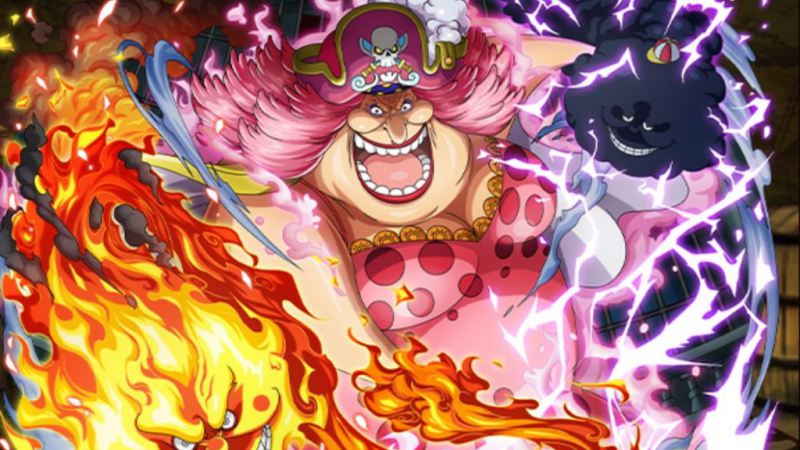 In the previous chapter we saw, Izo asking Kiku if her arm was in pain. Kiku replied that for a samurai it was merely an itch. They soon caught up to Kinemon and the others who were in the middle of a battle. Meanwhile, Nekomamushi informed Shishilan about Pedro’s death who was looking forward to getting his revenge on the person responsible for his death. The scene suddenly shifted to Yamamoto and Momonosuke who told her that he could only hear two voices on the roof of the Skull Dome.

On the other side, Law and Zoro had crashed on to Sanji’s head. Law left Zoro with Sanji and told him to give him the proper treatment. Sanji wrapped him up in bandages and carried him on his shoulders while trying to find a suitable escape route. In the meantime, Big Mom had defeated Page One who was lying on the floor looking devastated. Nami decided to instigate Big Mom even more against Kaidou’s subordinates but eventually failed. Ulti then decided to run after Komachiyo and take on Nami and the others.

She knocked out everyone from Komachiyo’s back and kept on attacking him. Tama kept crying on seeing that and Ulti decided to strike her too. This infuriated Big Mom who was about to engage Ulti when suddenly Nami pushed her aside with a powerful blow. The chapter ended with Nami telling them that she was going to stay there and crush Ulti.

The upcoming chapter of One Piece is going to be featured with the title of: “Anarchy in the Big Mom“. The story is currently in a state of chaos as too many fights and incidents are happening simultaneously. This is also a measure to keep the plot away from the conclusion of the fight between Kaido and Luffy.

Here is the link to One Piece Chapter 1013 Raw Scans.

This engaging chapter of One Piece is going to release on the scheduled date of May 16, 2021. However, there is going to be a break next week which will allow everyone to catch up on this thrilling Arc. It also means fans need to wait to see how Luffy ended up falling into the sea from the top of Skull Dome.

Where to Read One Piece Chapter 1013-

One Piece Chapter 1013 can be read by visiting the official sites of Mangaplus Shueisha and Viz Media. They will update the new chapters as soon as they are published in Japan. We will come back with more One Piece spoiler articles. Till then, stay tuned with us.