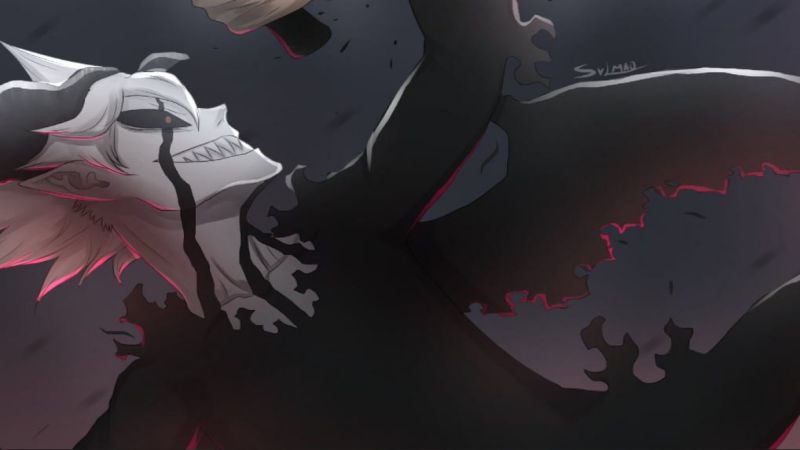 We finally witnessed the conclusion of the fight between Asta and the twin devils in the last chapter. What seemed almost impossible was done by Asta with the help of Liebe? It started with the devils’ killing spell Freezing Sun looming in the sky and waiting for humanity to be extinguished. However, Asta was up to the task of protecting everyone as he summoned his second sword.

He charged at Freezing Sun and sliced it into pieces, and was successful in negating their spell. The fused devil was surprised seeing the power of Asta. Meanwhile, Liebe got a flashback of his time spent in the underworld, where he was the weakest devil out of everyone. He thanked Asta in his mind for providing him with the opportunity to fight the devils at the highest level.

The fused devil kept wondering why its attacks were not working on Asta. It decided to maintain a distance from the Asta for the rest of the time he was in his Devil Union mode. However, this plan was failed by Nacht who appeared out of the blue and held the fused devil in one place with his spell. The chapter ended with Asta defeating the fused devil and celebrating his victory with Liebe.

Chapter 291 of Black Clover is going to focus on the aftermath of Asta’s victory over the fused devil. We left the other three fights between the Spade Kingdom Trio and the members of the invasion team incomplete. Thus, we are going to get a glimpse into that as Magna and Zora have also come to help the others.

Here, we have attached the raw scans of Black Clover Chapter 291

The official release date for Black Clover Chapter 291 is on April 25, 2021. Since there is going to be a break next week due to the Golden week being celebrated in Japan fans can revisit the past chapters to read this arc once again. It will be exciting to see how Magna deals with Dante in the upcoming chapter.

Where to Read Black Clover Chapter 291-

Fans can download the Mangaplus app from the playstore to read the latest chapters of their favourite manga. They can also visit the official site of Mangaplus Shueisha which also releases the new chapters. We will be back with more of Asta’s adventures. Till then, stay tuned with us.