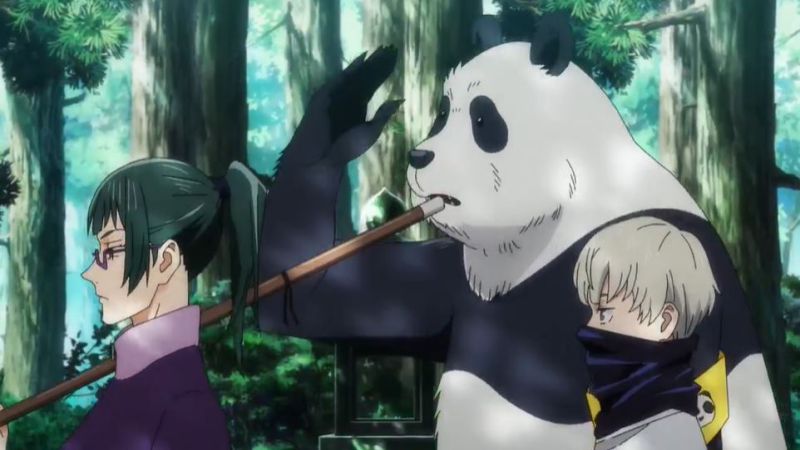 Jujutsu Kaisen is back after a long break and fans can finally see some progress in the events of the Culling Game. The last chapter was heartbreaking for the fans with the death of our dear principal Masamichi Yaga. It all started with Principal Gakuganji asking Yaga about the technique to build Independent Cursed Corpses. The higher-ups considered Yaga as a threat due to this ability but Yaga refused to provide any information.

The scene shifted to Yaga sitting in the forest with Takeru. Takeru said that since he looked gloomy he had asked the others to cheer him up. Yaga informed Takeru that he would be gone for a while and left as everyone said that they will miss him. Meanwhile, Panda was freed by Kusakabe who told him not to speak of that to anyone. Kusakabe also said that he only did it since he owed Yaga a favour. On the other side, Yaga was surprised to see Gakuganji appear before him in the middle of the night. Yaga did not try to fight back much as he laid down with severe wounds.

As he was about to die, Yaga revealed the secret of making an Independent Cursed Corpse to Gakuganji and said that it was a curse from him to Gakuganji. In the meantime, Panda appeared on the scene and rushed to Principal Yaga ignoring Gakuganji who was also present there. The chapter ended with Panda bursting into tears as he sat down before Yaga’s dead body.

The scenes in Jujutsu Kaisen will once again shift to the Culling Game as we are likely to see how Yuji and the others have progressed in their respective tasks. Chapter 148 is mainly going to focus on the fight between Maki and Ogi. The upcoming chapter is going to feature the title of: “Be fully prepared when you do things.“

Here, we have attached the raw scans of Jujutsu Kaisen Chapter 148.

According to the official release schedule of Jujutsu Kaisen, the new chapter is going to release on May 16, 2021. Fans can finally enjoy their favourite series as the story resumes after a long time. They can also be sure of the manga not getting a break anytime soon.

Where to Read Jujutsu Kaisen Chapter 148-

Readers can head over to the official sites of Mangaplus Shueisha and Viz Media to read the latest chapters of Jujutsu Kaisen. They will update the new chapters on their website as soon as they are officially published. We will be back next week with more spoilers of the Culling Game. Till then, stay tuned with us.