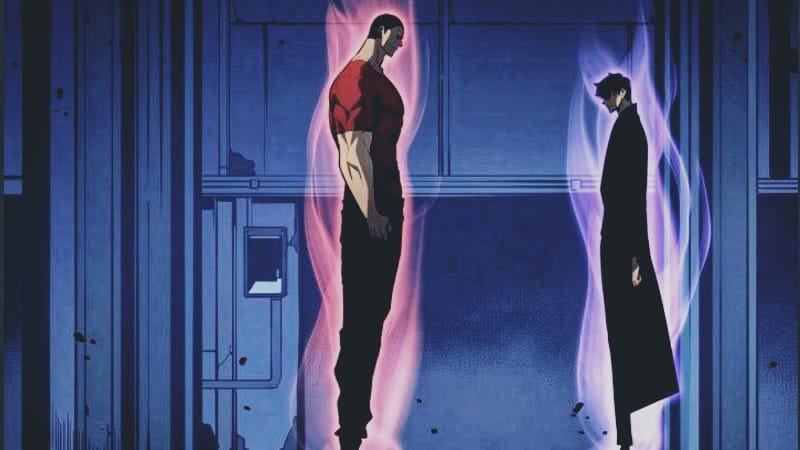 The previous chapter of the Solo Leveling series ended with the battle between the National Rank Hunter and Sung Jin Woo, where Andre ends up using Demolition and Capture skills to surpass and overpower him. The skills eventually destroy half the shadows summoned by Jin Woo.

And prompt him to comment that if it weren’t for the ruler’s power, he would have been pulled in the outcome of the Capture skill. In the last chapter, we also saw Jin Woo wondering about the four humans who burrowed the rulers’ power and speculates Andre could be one of the five members who survived the Kamish Raid. So, what will happen in the next chapter? Let’s discuss.

After the one-sided battle, Adam White will urgently check on Thomas Andre for the signs of life. And he will think about if anyone is capable of putting Thomas in that state and gradually awes at the strength of Jin Woo that even surpassed the expectations of the Hunter Bureau.

This is the summary of the next chapter. In the next chapter, the protagonist Sung Jin-Woo will name the Black Knight as ‘Greed‘ as it previously had died of greed while waiting in a nearby playground for Beru to report back on Jin-Ho’s treatment. We may even get to see the outcome when the knowledge regarding Thomas’s condition gets to the media.

This week, Solo Leveling Manhwa is on break. Therefore, the next chapter of the Solo Leveling series will release on next Wednesday, i.e., on April 14, 2021 as it is weekly scheduled. The dates and timings of the release are expected to differ according to different regions. Chapter 148 will release on April 21. Fans should get ready as there is more action to come and more powerful opponents to face.

Where to read Solo Leveling Chapter 147 –

Fans can access the latest chapters of the series on Tappytoon, Mangadex, or any paid official websites once it is officially released. We will be back with more spoilers like this; till then stay tuned and hyped with us.