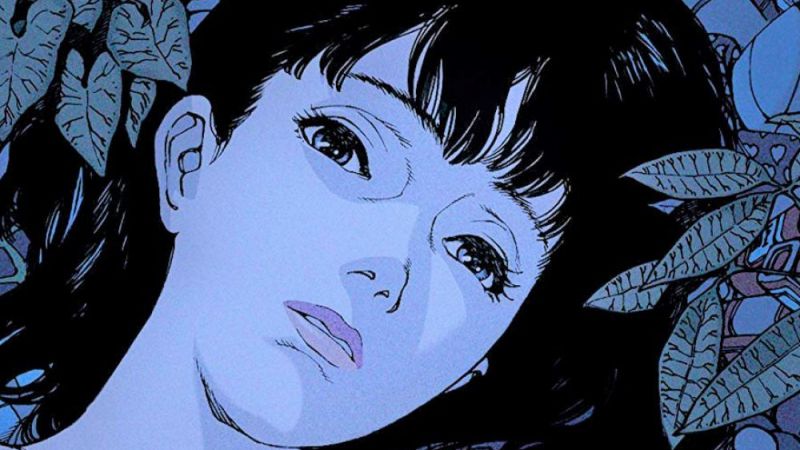 Horror and spooky animes have formed a major part of the anime world for a long time. There are chilling and wild animes out there that are sure to give their viewers an engaging watch. However, some of them have their fair share of eerie elements, which may appear to be disturbing to some viewers.

The disturbing nature of these animes has even led to them being banned in many countries around the world. In this article, we are going to list them one by one according to their ratings given on MyAnimeList. Let us see if we also find these animes a bit unsettling.

Plot – The world has come to an end after consecutive natural disasters reduce it to a barren land. Amidst this commotion, humanity has to stick to basic means to survive the remaining days. Kakugo is one such boy who has great martial art skills and he wants to change the world with the help of a special armour left behind by his father. However, his main enemy is his sister who also goes on her mission of saving the world by wiping out all of humanity.

Plot – Midori portrays the dark side of circus life. The word circus brings to our mind a colourful environment whereas Midori does the exact opposite in depicting this story. The story takes place in the 20th century revolving around the misdeeds of a circus camp. The protagonist of this story is Midori who sells flowers to make ends meet after her mother falls ill. Eventually, her mother dies and she finds the path of the circus from a stranger. Watch as she tries to hold on in her circus life where everything goes wrong for her.

Plot – This story involves the Black World which is a parallel world existing alongside the earth. The two worlds have continued to maintain diplomatic relation for a long time and finally, the time has come to sign a new treaty. However, a military group plans a coup and tries to prevent inter-world peace at any cost. As a result, two agents of a secret organisation are tasked with the peaceful organisation of the treaty.

Plot – This scary anime starts with a mysterious Storyteller who appears where children gather and narrates some ghostly tales based on Japanese legends. The name and origin of this Storyteller are unknown as he uses a scrolling device to add the element of vision to his stories. Each of his stories is more terrifying than the rest as the children become absorbed in his ghostly world.

Plot – In the near future, humanity, as we know, has been pushed to extinction by a race of bug-like aliens known the Blue. As a result, humans had to construct a Second Earth with the hope of reclaiming their homeland once more. Meanwhile, soldiers come to the old Earth to extract Yuji Kaido who was cryogenically frozen. This proves rather difficult as they get caught up in a bloody war while trying their best to survive and reach Second Earth.

Plot – This eerie story involves a pet shop owner who goes by the name of Count D. He operates in Chinatown where to sells rare pets to others. However, the buyers have to sign a contract and if they break the rules of that contract their safety is in their own hands. Meanwhile, Leon Orcot, a homicide detective links a chain of deaths to Count D as he embarks on a mission to get to the end of these events.

Where to watch – 9anime (Unofficial)

Must Read- Top 10 Most Underrated Anime in 2021 Ranked

Plot – Set in the underground city of Lux, this story follows the journey of Ichise who is renowned as a prizefighter. One day after making a fight promoter angry he loses an arm and leg. He is soon found by a scientist named Eriko Kamata who uses him as a test subject for new prosthetics. After acquiring new limbs, Ichise meets a girl named Ran who sees into the near future where their city is on the brink of war and its fate lies in both their hands.

Plot – The citizens of Musashino City are in constant terror as an unknown assailant goes about rampaging the city with his Shounen Bat. As a result, two detectives by the name of Keiichi Ikari and Mitsuhiro Maniwa are put to the task of finding the culprit. Watch as they try to unmask the perpetrator while paranoia beings to set in the minds of the citizens with the increasing number of cases.

Plot – The protagonist of this story is Lain Iwakura who gets a strange message from her classmate who had recently committed suicide. After she opens the message she gets sucked into the virtual world and begins to encounter strange mysteries. Watch as the boundaries between the real world and the cyber world begins to disappear in her life while she tries to figure out everything around her.

Plot – Perfect Blue follows the journey of an ex J-pop idol Mima as she leaves her group to pursue her career in acting. It comes with its own challenges as she finds life to be more difficult. Things become even more complicated for her when an obsessed fan starts stalking her and starts a website revealing all her daily intricate details. Misfortune continues to befall her as she gets driven into a condition where she is no more able to separate fantasy from reality.

This brings us to the end of this queer list. One thing is for certain that the animes don’t need to have horror elements to be classified as disturbing or unsettling. Among these animes, Perfect Blue is famous for its plot and unique story while Paranoia Agent is known to give out chills and leave a deep mark on the viewers. We will be back with more top 10 articles. Till then, keep on browsing our website and look out for more unique content.