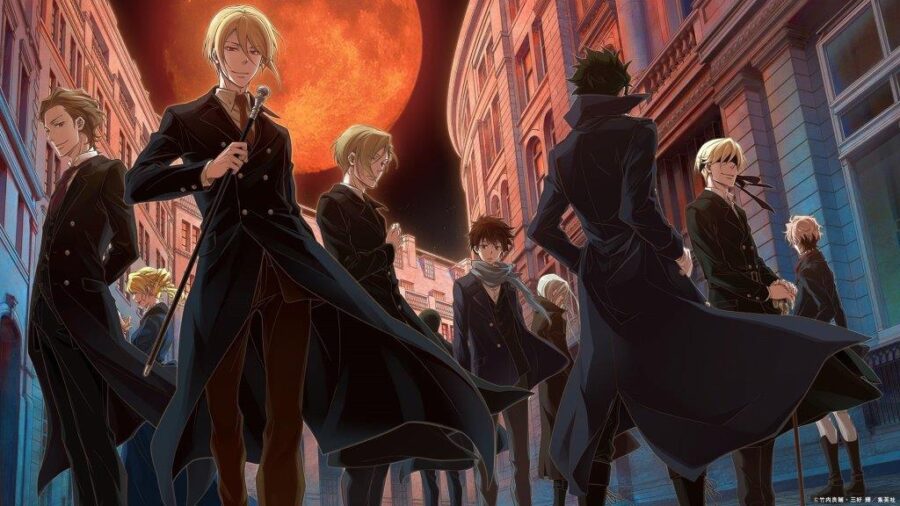 Moriarty the Patriot Episode 11 is titled “The Two Detectives Act 2”, which will feature a heated battle of wits between the two outstanding detectives, Moriarty and Sherlock. They will play a contest of finding the murderer on the train. The one who identifies the murderer first will be the winner. On the previous note, episode 10, showcased the most riveting scene in the anime, the meet between the protagonist and the antagonist, unaware and unprecedented. How exactly will the contest follow? Who will win in this battle of a race against time? Moreover, who is the murderer? The previous episode really riled up the situation making it super enthralling.

An unexpected meeting at the most undesirable time did put Moriarty in a tough spot. But he put his cool mind to work and evaded the situation marvelously. He also shaped up Sherlock and made him proactive again. Now, this murder scene became the perfect event for putting these rare pair of minds to test. So, from now on, let’s discuss some spoilers of the next episode:

The next episode will be very fast-paced and exciting, as the two detectives will reason, with their own mind-blowing but satisfactory theories. It will be a real treat for all the abiding viewers like always.

Moriarty the Patriot Episode 11 will release next week on December 20, 2020, i.e., on Sunday. The episode will obviously be thrilling and it will also mark the introduction of another high-level genius, Mycroft Holmes.

Where to watch Moriarty the Patriot Episode 11–

Fans can watch the latest Moriarty the patriot episodes from Funimation or other paid platforms. Further, the episodes are airing in all pirated sites. We will be back next week with another Moriarty the Patriot anime spoiler article. Until then, stay tuned, stay hyped.