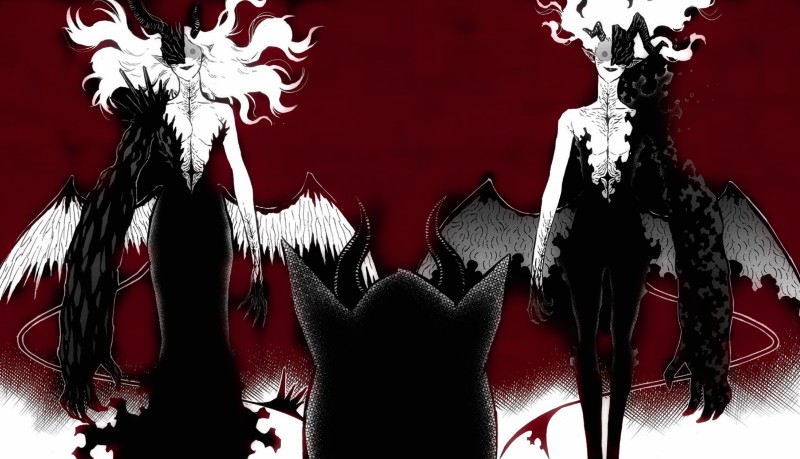 We were finally able to witness the past of the Faust family in the previous chapter. Nacht and Morgen were two brothers completely opposite to each other. While Nacht was using his magic only for bad purposes, Morgen used to go about helping others in trouble with his magic. In the meantime, Nacht came to meet Yami. The two hit it off and used to run about getting into a lot of petty troubles. However, Yami joined the Gray Deer Brigade at the end along with Morgen and seemed to take significant strides in the path of becoming a Magic Knight.

Nacht got summoned by his parents when he turned 18. Although he said his parents to let Morgen inherit the title of Faust family, he was surprised to know that his parents had chosen him for that task. His parents used Shadow Magic to open up a new space and revealed that their family had been studying devils for generations and Nacht had inherited that magic and spirit. Thus, they started walking on their different paths with Morgen in the magic knights and Nacht in the study of devils.

One day Nacht tried to summon the Supreme Devil Lucifugus. Although Morgen appeared and tried to stop him, he paid no heed to it. This led to some major consequences as Lucifugus killed everyone present there including their parents. Morgen also had to sacrifice his life while trying to save Nacht. This event changed Nacht who from that day swore to never let any devil lay a hand on any good people.

In chapter 287 we are finally going to see the fight between Nacht and the twin devils Lilith and Naamah. The backstory of the Faust family put everything into pieces and showed us the origin of Nacht Faust. His resolve to surpass his limits and destroy the very things he used to study in the past has just put a major twist in the storyline. The upcoming chapter is going to release with the title: “Day of Atonement“.

Here, we have attached the raw scans of Black Clover Chapter 287.

Fans can get their hands on the latest chapter of Black Clover on March 28, 2021. In all probability, it will release around midnight in Japan. Fans will also get to see the results of the popularity poll in the upcoming chapter along with the poster of Asta and Yami.

Where to Read Black Clover Chapter 287 –

Chapter 287 of Black Clover can be read on the official website of Mangaplus Shueisha and Viz Media. They will publish the chapter on their site as soon as it is released. Till we are back with the next raw scan and spoiler article, stay tuned with us.