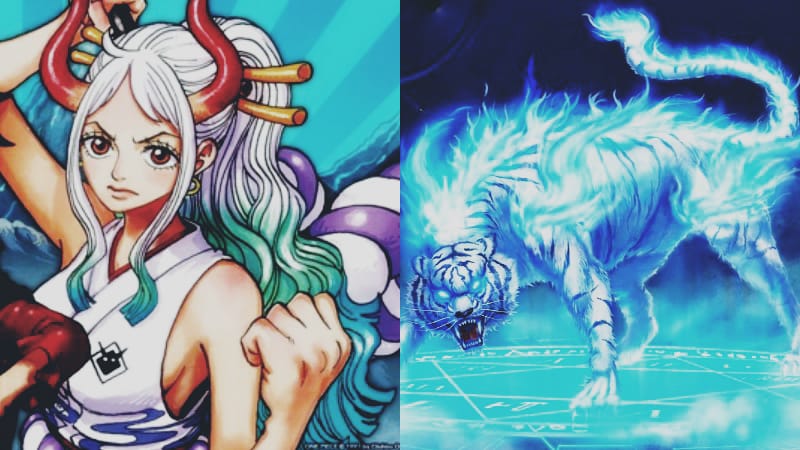 The last week has got the fans discussing only one thing, and that is if Luffy has died. Kaidou defeated Luffy and threw him from the top of Onigashima. He said that Luffy’s new power got to his head, which led him to an error in judgment. Meanwhile, when Boa Huang told Kaidou that they had traced Momonosuke’s location, he told her to relay to everyone the message of his victory against Luffy.

The inside of Onigashima was in a mess as everyone was caught in their individual battles. While Yamato was running to the roof in search of his father, Chopper was busy dealing with Queen. When everyone heard the news about Luffy’s death echoing through the rooms, they were in complete shock. The other focus of the chapter was Momonosuke, who was seen yelling that he shouldn’t die after reading some pages. Suddenly, Kanjuro appeared in front of them with the appearance of Oden. Kiku tried to attack him but couldn’t kill him due to his outer appearance of Oden.

This proved fatal for Kiku as he got taken down by Kanjuro, who pushed a sword straight through her stomach. Kinemon shouted in rage, seeing her death as he took up his sword and killed Kanjuro in one strike. The scene picked up pace as Kaidou appeared before them, and Kinemon decided to hold him back while telling Shinobu to flee with Momonosuke.

The upcoming chapter will answer the question that fans have been waiting for. We will come to know whether Luffy is alive or not and whether he can continue his fight with Kaidou. Chapter 1015 will also focus on Yamato and Kaidou’s complicated relationship and will have the title of “Chains.”

Here we have attached the raw scans of One Piece Chapter 1015.

In accordance with the weekly release schedule of One Piece, we will get our hands on the new chapter on June 6, 2021. It is safe to say that readers are already bouncing in excitement as the floating Onigashima has reached the mainland of Wano. We just need to wait patiently and see how this arc reaches its conclusion.

Mangaplus Shueisha and Viz Media are the two sites that fans can check to read the latest chapters of One Piece. They will publish chapter 1015 as soon as it is officially released in Japan. We will come back with more One Piece articles. Stay tuned to our website to read them.