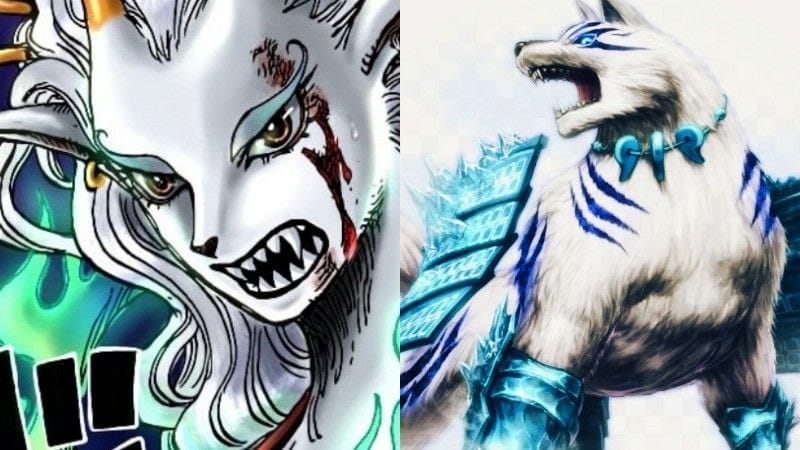 One Piece Raw Scans for chapter 1020 is out. Before going over that, let us quickly recap what happened in the previous chapter. It started with Queen launching an attack on Sanji, who realized that Queen had got many high-tech devices that Franky would absolutely love.

Beside him, Zoro was trying to recover from his injuries as soon as possible, which made up for a good comic relief amidst all the tension. Luffy was also back up to his usual self as he screamed for meat after regaining sense in the Heart Pirates’ submarine.

Finally, we arrived at the main fight of this chapter, which was between Franky and Sasaki. Although Sasaki seemed at a disadvantage due to his armored division members fighting for Luffy, he showed his special move that he had saved for last.

It was called Heliceratops that Franky stopped somehow with his sword. They continued fighting, and it seemed that they had arrived at a stalemate when suddenly Franky blasted Sasaki into the air with General Cannon. Sasaki then decided to use his ultimate attack, Magnumceratops but it failed.

Franky managed to survive it and finally defeated Sasaki by shooting Radical Beam at close range. The major twist of the chapter was yet to come, as we were introduced to Yamato’s hybrid devil fruit form for the first time. She told Kaido that she couldn’t call herself Oden if she didn’t lay her life on the line for the sake of Wano.

One Piece Chapter 1020 Raw Scans has revealed to us the exact name of Yamato’s devil fruit which may cause a big twist in the conclusion of this Wano Arc.

We will also revisit the fight between Robin and Black Maria that we had left far behind in this arc. Accordingly, the chapter will have the title of “Robin Vs. Black Maria.“

Here, we have attached the link to One Piece Chapter 1020 Raws.

Fans have to wait an extra week to get their hands on the latest chapter of One Piece. It will remain on a break and will have a release date of August 1, 2021. We will get an ample amount of time to discuss Caribou’s significance in appearing at this stage of the Wano Arc.

Where to Read One Piece Chapter 1020-

Mangaplus Shueisha and Viz Media will provide the readers with chapter 1020 of One Piece. We will be back again with a new set of spoilers. Till then, stay tuned with us.