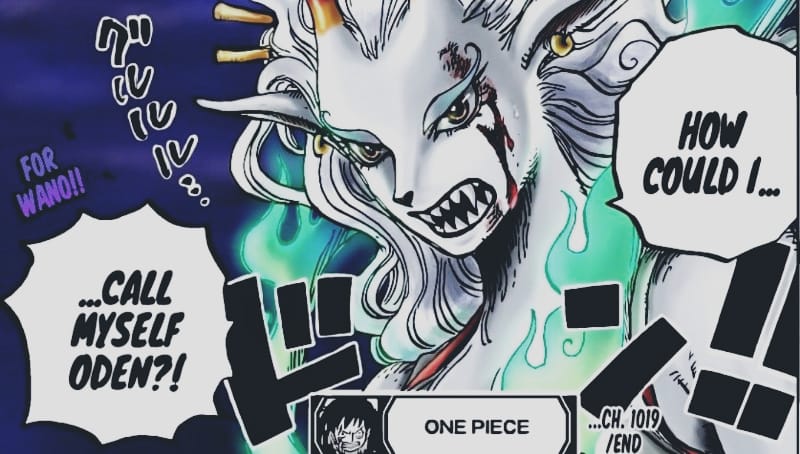 Here, we have discussed One Piece Chapter 1020 Spoilers and Raw Scans. One Piece is shocking fans week in and week out with significant revelations. This week was no different. Sanji was still busy engaging with Queen while Zoro wanted to get back to the battle scene as soon as possible with the medicine from Zou.

Meanwhile, Luffy woke up in the submarine of the Heart Pirates and yelled ‘meat,’ which was typical of him. The scene shifted to the fight between Franky and Sasaki, who covered the majority of the chapter.

Both had incredible resistance, which helped them to soak up each other’s attacks and launch a counter-attack simultaneously. Sasaki then decided to bring out his wild card and try out a new move called Heliceratops.

He was quickly able to slice off all the armored division members who had changed sides due to the effect of Tama’s dumplings. Franky managed to stop it initially, but Sasaki charged at him with another new attack called Bulletriceratops.

After exchanging blows for quite a while, Franky managed to send Sasaki high up in the air with General Cannon. However, it wasn’t enough as Sasaki charged with Magnumceratops. Franky took the brunt of the charge but returned it with Radical Beam at close range, which was enough to finish him off.

After this, we were brought to the roof of Onigashima once again as we saw Yamato changing into her hybrid devil fruit form. The chapter ended with her making a strong resolve to fight for the sake of Wano like Oden

Good News! This time spoilers have leaked a week before the official release. Finally, the truth behind one of the biggest mysteries has been unveiled. As justified by the confirmed spoilers, Yamato has Inu-Inu no Mi Zoan type Devil Fruit, which grants her an ability to transform into Oguchi no Makami, a mythical Wolf.

Once again, beloved Oda sensei has proved himself that he never fails to entertain his fans. Till yesterday, the fan base was filled with assumptions on White Tiger, Kirin, Inari, and many other mythical creatures. But no one had guessed that it could be a Japanese Wolf.

Back to the spoilers, One Piece Chapter 1020 will release under the title “Robin vs. Black Maria.” As suggested by the title, we will witness the continuation of the fight between Robin & Brook against Black Maria in the upcoming chapter.

This is the summary of Chapter 1020 in brief. We will attach the raw scans of the next chapter once it will out. Till then, read the below article.

Due to the Tokyo Olympics being held currently, One Piece will remain on a break this week and will have a delayed release date of August 1, 2021. This will give us ample amount of time to come up with new theories regarding Yamato’s devil fruit and if it has any connection to the secret behind Luffy’s devil fruit.

Where to Read One Piece Chapter 1020-

Enthusiasts can again rely on the two trusted websites of Mangaplus Shueisha and Viz Media to get the latest chapters of One Piece. They will update their websites as soon as the new chapters are officially released. Till we come back with a new set of spoilers, stay tuned with us.