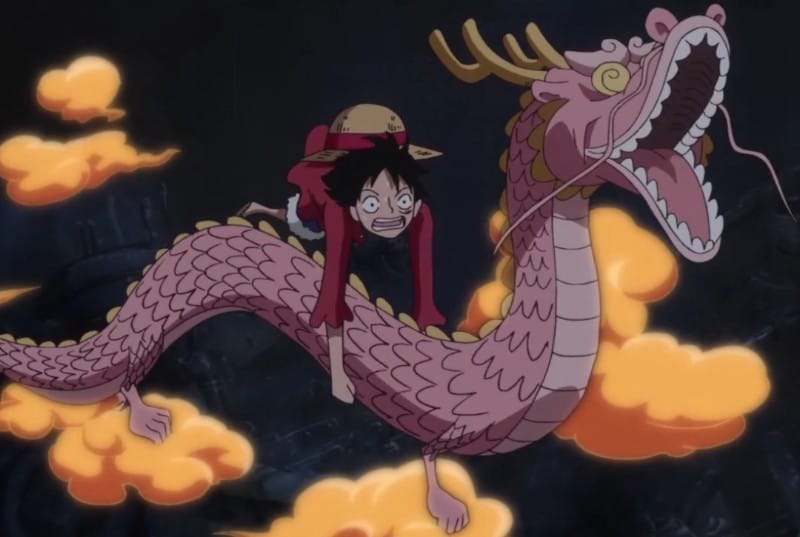 In this post, we have discussed raw scans, confirmed spoilers, and the release date of One Piece Chapter 1024. Finally, we will witness Yamato’s Flashback in the next chapter. The stars have taken their place on the stage and knocked out two of the All-Stars. But as it was clear, it wasn’t enough to take them out. They quickly got back up on their feet and were ready to strike again.

Kawamatsu and Hyogoro prevented the others from getting into that fight since it was on a whole other level. King reminded Marco of what Whitebeard had told him many years ago. He had said that the land of Gods laid on the top of the Red Line, and there is a big chance that King belonged to that place.

Queen said that Sanji and Zoro couldn’t defeat them in any way and started attacking them. Zoro blocked King’s attack with his sword perfectly, which caught the eyes of Hyogoro and Kawamatsu. They said that Zoro had a keen resemblance to Shimotsuki Ushimaru, who was a descendant of Ryuma.

The scene shifted from that place to show us how the other fighters were getting along. Inuarashi was hell-bent on taking his revenge on Jack. He transformed into his Sulong form and vowed to win their fight.

On the other side, Nekomamushi had also transformed into his Sulong form and was on the verge of attacking Perospero. After all, he had to avenge Pedro’s death by defeating him.

The chapter ended with the revelation of Momonosuke’s adult form, who had turned into a huge dragon. Luffy smiled and told him to take him back to Wano.

Finally, the full translated spoilers and raw scans are out. So let’s begin. The next chapter will take us back to the fight between Yamato and Kaidou. We are yet to see Yamato fighting properly in her hybrid form. The chapter will be published with the title of “A certain someone.”

Here, we have attached the link to One Piece Chapter 1024 Raw Scans.

Fans will get their hands on the new chapter of One Piece on September 12, 2021. They have to hold their excitement for seeing Yamato’s flashback for quite a while. It will definitely bring some more twists to the story.

Where to Read One Piece Chapter 1024-

Mangaplus Shueisha and Viz Media are the two trusted websites to look forward to for reading the latest chapters of One Piece. Until we come back with more spoilers, stay tuned for amazing new content.