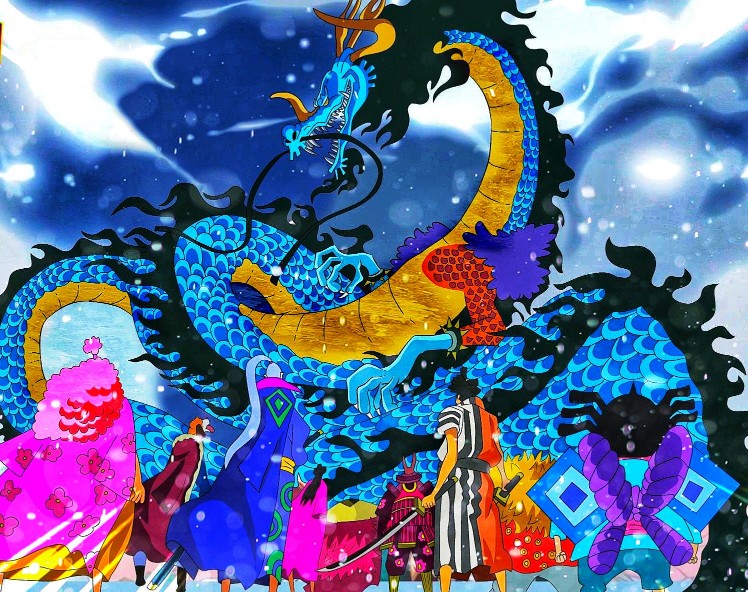 The upcoming chapter will release this week under the title, “Remnants of a Party.” Here, the word remnants refer to the remaining Tobi Roppo (the Flying Six). In the next chapter, the member of Tobi Roppo, Black Maria, will join the battle.  The next chapter will begin with the continuation of the fight between Kaido and the Nine Scabbards. Now, Kaido knows that his Blast Breath is useless against Kinemon. Therefore, he will use the Lightning Technique. But, this time also his attack will block by Kikunojo. She is an expert in snow-based techniques. That is why Kaido’s Lightning Technique will become useless against her.

The next chapter’s spoiler has also confirmed that the next chapter’s center of attention will not be the All-Stars. We will witness Yamato in action once again. The chapter will focus on Black Maria. She is a member of Tobi Roppo and a giant. It means she is also very powerful. Therefore, Chapter 992 will display the devil fruit power of Black Maria.

One Piece Chapter 992 will release this week on October 16, 2020. You can witness the official release date from the Mangaplus Shueisha app. The post on the Reddit has also confirmed that there is no hiatus next week. It means that next week, we will get One Piece Chapter 993. This will be the first release of this month.

Where to Read Latest One Piece Chapter:

You can read the latest chapter once it gets released on the official website of Mangaplus Shueisha and Viz Media. One Piece is a weekly scheduled manga, and we will get Chapter 993 the next week. If you want to read the previous One Piece chapter, then it is available on the official website of Shueisha and Viz Media. Here is the Reddit link of One Piece Chapter 992 Confirmed spoilers.