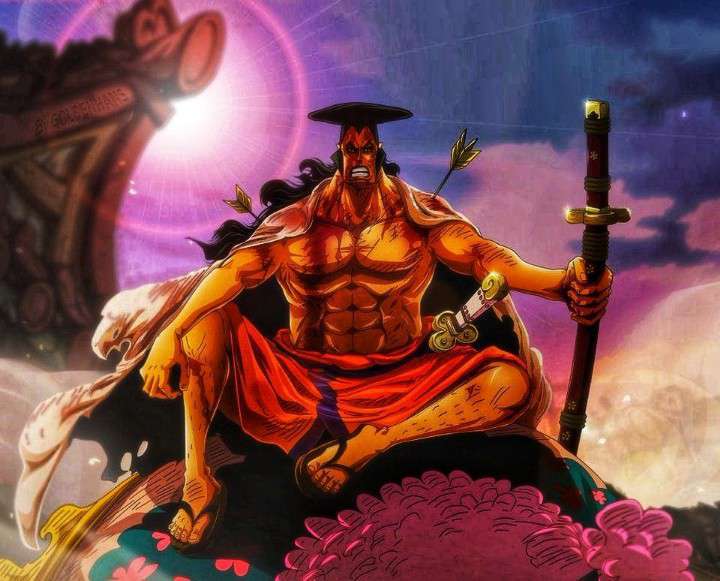 Reddit has posted the Korean source of One Piece Chapter 994. This Korean source has provided the title, summary, and release date of the next release. Fans are waiting to witness the continuation of the fight between the samurais and pirates. The previous chapter ended with the slashing of Kiku’s arm. Now, Kaido has come in his fierce mode. So, what will be the consequences? On the other hand, Queen has also unveiled his masterpiece machine, which fires “Ice Oni” bullets. Now the question arises, who will cease him?

Therefore, in this post, we will discuss the answer to these questions, spoilers, and the new release date of One Piece Chapter 994.

One Piece Chapter 994 will release next month under the title, “My Other Name is Yamato.” The next chapter will begin with the prolongation of the battle between Kaido and the Nine Scabbards. Kinemon will use his foxfire style to slowdown Kiku’s bleeding. Kaido will sense that the Nine Scabbards are not as powerful as Oden. So, he will decide to kill them all. Maybe, the upcoming chapters will unveil Kaido’s past and objective. Oda sensei has not told us yet what will happen to Kaido after Oden’s death and why he wants to die?

Must Read- Who is “Lurking Legend” in One Piece?

The next chapter will display situations in different environments. Luffy, Jinbei, and Sanji will advance and face one of the Headliners. A Giraffe smile and a Chicken smile headliner will block their passage. On the other hand, Chopper will try to figure out the antibody of Queen’s “Ice-Oni” bullets. Queen will already have the antibody, and he will give it to Apoo. Apoo will join the battle alongside Queen. Now, how Zoro and Drake will manage to fight against them?

The climax part of the next chapter will be Yamato’s strength. Yamato alone will clash against the Animal Kingdom Pirates. Not only fight, but she will also beat up a Sasaki underling. The first time Momonosuke will witness Yamato and her ideology. The title of the next release signifies Yamato’s objective and strength. But is she enough to overwhelm Animal Kingdom Pirates, “Armored Division?”

As we have mentioned in our previous One Piece article, the next chapter will officially release next week, i.e., on November 1, 2020, in the evening. But, Reddit has informed that chapter 995 is on hiatus for a week. It means fans have to wait for two weeks to get the new release. This news is officially confirmed.

Where to Read the latest One Piece Chapter-

One Piece is a weekly scheduled manga series that releases under Shueisha. Therefore, fans can read the latest chapter from the official MangaPlus Shueisha website or Viz Media. After the release of chapter 994, there will a gap of two weeks for the next publish. We will be back once we get the exact reason for the delay. Till then, stay tuned with us. Here is the link to the raw scans of the next chapter.

Also, Read- Truth of Florian Triangle in One Piece