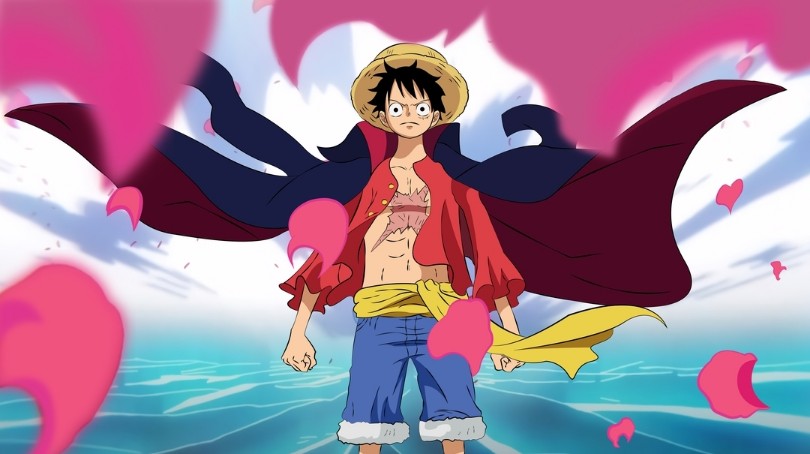 Eight days before the Great Battle, Udon has been conquered. The Straw Hats and the Akazaya Nine has successfully eradicated the Wardens of the Udon to save the prisoners. Now all samurai prisoners are in the debt of Luffy. Luffy alone has encouraged every prisoner not to live as a slave. Episode 949 showed the continuation of the battle between the Akazaya Nine and the Wardens of the Animal Kingdom Pirates. In this battle, Luffy has played a significant role in overwhelming the fears of everyone. But in exchange, he has now been in terrific condition. Due to the poison created by Queen, he is in terrible pain. We know that Luffy’s body is immune to poison, but he has soaked a large amount of poison in the chapter. So, what will happen in One Piece Episode 950?

Luffy and some other prisoners are all affected by the deadly poison. On the other hand, Kidd and Killer are also free now. So, what will they do? Therefore, in this post, we will discuss the spoilers and the release date of One Piece Episode 950.

The title of the next episode will be “Warrior’s Dream! Luffy’s Conquer of Udon.” Here the dream of warrior refers to Momonosuke. When prisoners witness Prince Momonosuke, they will all see a ray of hope. But on the other side, the condition of Luffy and the other infected prisoners will get worse. There only hope left is Chopper. He will develop an antidote of Queen’s “Mummy.” The hero of the next chapter will be Chopper. He will save everyone from the deadly poison. Now all the prisoners of Udon will join under Hyogoro for the Great Battle.

Moreover, Kidd and Killer will attack the remaining wardens of the Udon. They will destroy the whole Udon prison before leaving. The Kidd Pirates will also join the battle against the Animal KIngdom Pirates. Thanks to Big Mom’s help, Luffy and others will get more alliance for the Great Battle. This will be the most significant breakdown in Udon’s history. The next episode will also display the scene of Onigashima, where Queen will successfully deliver Big Mom in front of Kaido. Therefore, in the upcoming episode, we will witness the clash between the Yonkos.

One Piece Episode 950 will release next Sunday on November 15, 2020. The next episode will display multiple circumstances at one instant. Now only 8 days are left for the Fire Festival and the Great Battle. The Pirates and the samurais are preparing for the battle.

Where to Watch Latest One Piece Episode-