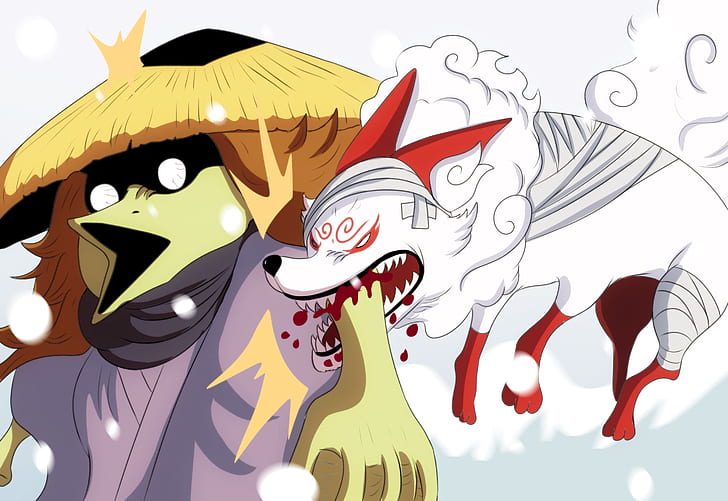 The animation team of the One Piece series has incredibly animated the clash between Kaido and Big Mom. Fans are praising Toei Animation for unveiling the extended fight. It was an unbelievable moment for us because the manga has only shown a glimpse of their battle. For the first time, we have witnessed two heavyweight Yonkos combat. Without Zeus and Prometheus, Big Mom has given a tough time to Kaido. Ikkoku Sovereignty clashing with Raimei Hakke was the best filling scene so far.

After witnessing the clash of the Emperors, fans are now worrying about Luffy and others. On the other hand, Raizo informed Kinemon that he has successfully managed to gather a large number of allies from the Udon Prison. But the problem arises, Kinemon and others have a shortage of swords for their allies. So, from where will they manage to get enough weapons for everyone?

The previous episode showed a reunion of Kappa, Hiyori, and Gyukimaru. Zoro has also figured out that Kappa is an ally. One Piece Episode 954 will release under the title, “Its Name is Enma! Oden’s Great Swords!” Finally, the auspicious moment has come where we will witness another High-Grade Sword in the series. Gyukimaru has run away from the bridge. He was crying and memorizing his past with Kappa. Therefore, the next episode will begin with the past of Kappa.

So, that’s the story of Gyukimaru and Kawamatsu. In the next episode, we will also witness Oden’s sword, Enma. We know that Oden is a two-sword style user; his one sword is owned by Momonosuke, and another sword is with Hiyori. Therefore, in exchange for the Shusui, Hiyori will give her sword, Enma, to Zoro. It will be very interesting to witness how Zoro will use Oden’s sword, the Hell cutter.

Where to Watch One Piece Episode 954-

Fans can watch the latest episode of One Piece from the official website of Crunchyroll and Funimation. Here we have attached the Reddit link of the recent episode. For Episode 954, you have to wait till next Sunday. We will be back with another spoiler article. Till then, stay tuned with us.