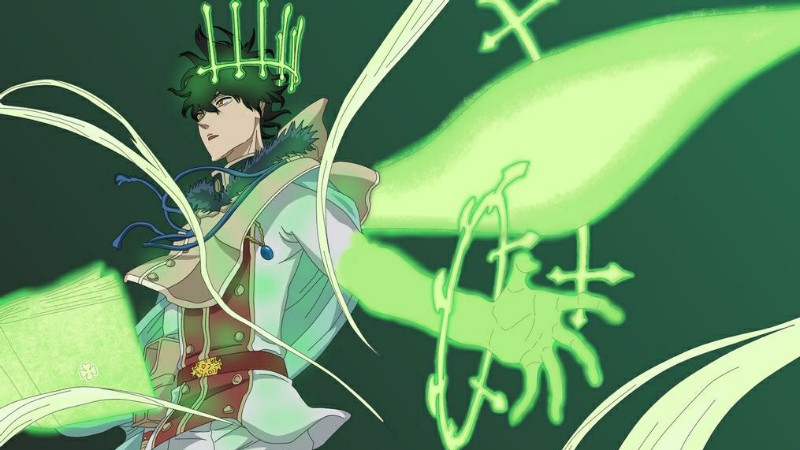 Finally, Black clover animation has taken the route of the original manga series. The knights of the Clover Kingdom have grown into stronger mages in just six months of training. The latest episode splendidly showed the body transformation of Asta and his usage of the devil’s power.

The climax part of the episode was the organization’s revelation, which is ruled by devil users, the Dark Triad. Also, we witnessed the faces of the most-strongest and prominent members of the Dark Triad; Zenon, Vanica, and Dante. On the other hand, a member of the Spade Kingdom’s Resistance has successfully managed to enter the Clover Kingdom, but why did he spell Lord Yuno in his unconsciousness? Therefore, in this article, we will discuss the spoilers and the release date of Black Clover Episode 159.

Black Clover Episode 159 will release next week under the title “Quiet Lakes and Forest Shadows.” The next episode will mainly focus on Yuno and his past. Yes, you heard right, the time has come when the series will reveal Yuno’s past and where did he come from. So, from now on, we will discuss the spoilers; let’s begin.

The episode will unveil that Yuno is not only the royal blood but also the prince of the Spade Kingdom. He is loved by mana from the beginning and possesses four-leaf clover and the wind spirit. It will be interesting to see how the episode will display the truth about Yuno.

Black clover is a weekly-scheduled animation series; therefore, the next episode will release next week on January 12, 2021. The timings will be different according to the region, but the date will remain the same. Fans have to wait one more week to watch the upcoming episode.

Where to Watch Black Clover Episode 159-

Fans can watch Episode 158 officially on Crunchyroll, and for Episode 159, you have to wait till next week. Some private servers will also allow access to the Black Clover Episodes. We will be back next week with another spoiler article. Till then, stay tuned with us.