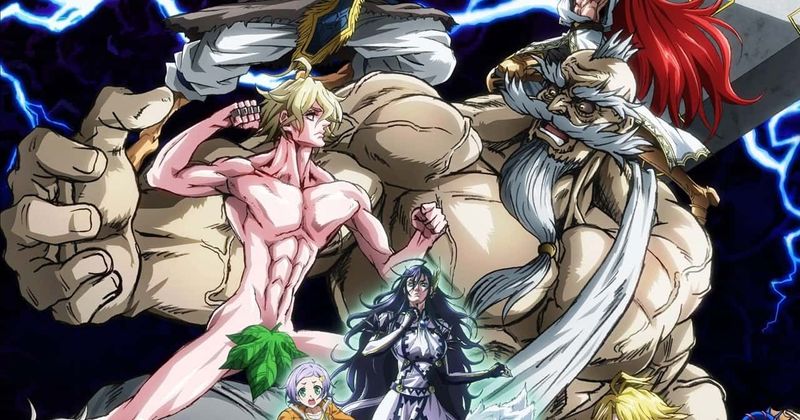 Today we bring to you news on the Record of Ragnarok Chapter 51 Spoilers & Release Date. Especially since the tension and excitement are high, we hope you find this satisfying.

In the previous chapter, we had the complete transformation of Hajun. Here, Hajun declared that Zerofuku is no more.

We also had the entry of Hades, who explained that Hajun is a legend from Helheim. Hades also explained the predetermined transformation according to the legend that mentions the shift from light to dark.

However, the battle between Buddha and Hajun did not cease as Hajun began testing out his powers. Hajun’s main attacks were focused on biokinesis which was similar to Zerofuku’s.

This allowed Hajun to transform his arm into a drill-like weapon to deliver Divine Retribution. This move was titled Heaven Piercing Demon Drill and it was powerful enough to pierce through the shield of Ahimsa.

Even though his sword arm extension was a huge threat, this drill was much faster. This is considering the fact that he managed to cut through one of Buddha’s eyes.

The fight between Buddha and (originally) Bishamonten actually began around chapter 43. And with the additional dramatics and surprises added, the plot only got more interesting. And the fights have seen more action than ever before.

It will be very interesting to witness the fight between one of the strongest gods, Buddha, and one from the Netherworld, Hajun. Based on physical attributes & strength, Hajun is overwhelming Buddha. However, Buddha hasn’t revealed his all techniques yet.

Also, if Hajun wins, then who will stop him because his only motive is to destroy Gods; therefore, someone from the God side has to defeat him. That’s why there is more probability that Buddha is the one who will defeat Hajun and gives Humanity a point of victory. In this way, Buddha will help both Humanity and Gods at the same time.

Hence, in our opinion, Buddha will definitely win this fight against the demon of the Netherworld, Hajun.

As usual with the tension building, right now fans have been left with a sudden surprise. And things will probably continue to be this way for at least another two to three chapters.

Where to Read Record of Ragnarok Chapter 51-

All the progress of the Manga is slow; it does have a great action background. Furthermore, its illustrators Ajichika do an amazing job at illustrating all fight scenes in detail.

And if you get a little antsy, fans waiting in anticipation can go ahead and watch the anime, which is available on Netflix.

With this, we conclude with our Record of Ragnarok Chapter 51 Spoilers & Release Date article. Keep an eye out for our other articles while you stay safe, stay tuned, and stay hyped.