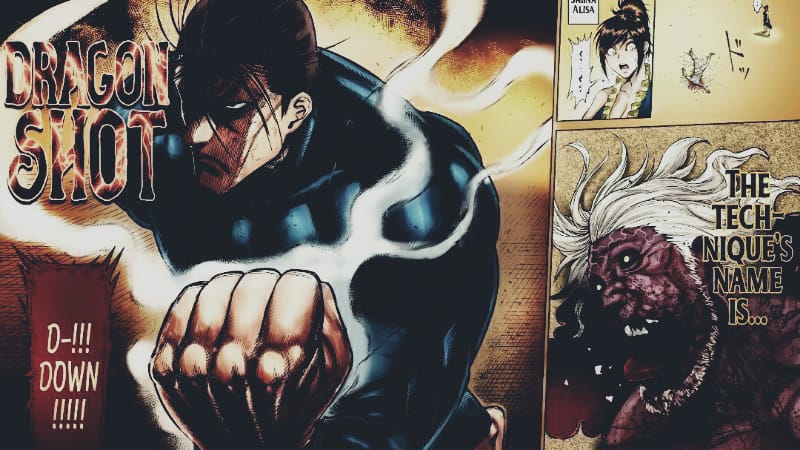 Finally, Round 6 is over with the overwhelming winning of Kanoh Agito, the King of Kengan Matches. Agito has shown that even monstrous power and speed can be defeated if we have faith in our Martial Arts. Lu Tian used the Guihun technique and removed 96% of his brain limiter; at that time, his strength was par with Julius. Still, he was beaten by Agito.

It seems like Agito has trained a lot and gained more faith in his martial arts technique in the past two years. The way Agito fought is the same as Kuroki Gensai. But the disappointing part is, once again, the Kengan fighter has shown a victory without having too much fight. Fans are still appreciating Rihito and Falcon’s fight, where they both gave their best to win the round.

We are expecting more fight from Tian, but his overconfidence led him to be crushed by Agito. Now Round 6 is over, and the next round will begin in the next chapter. So, let’s discuss the spoilers and the release date of Kengan Omega Chapter 94.

The previous chapter has unveiled many multiple mysteries, like how Tian can use the Kure Clan’s Secret Technique Removal. However, it’s not removal; it’s Wu Clan’s Technique “Guihun.” It means Alan Wu can also use this technique. There is a maximum possibility that in the future, Alan Wu will fight with Raian Kure. If so, it will be interesting to witness which clan’s technique is more robust and reliable.

Also, Raian will get the same as the opponent. We hope we will also witness Kure Techniques that he was talking about in Kengan Annihilation Tournament. Back in the past, Edward Wu was the one who taught Niko the Guihun technique. He is also very powerful; maybe in the future, we will see his fight also. But the climax part is the entrance of the Beautiful Beast, Kiryu Setsuna. We don’t know what Sandrovich sensei is plotting on Kiryu’s comeback.

Round 6 is over now, so the next chapter will begin with the continuation of Round 7. Currently, the score is 3-3 for both sides. The next round will decide the lead, and Purgatory fighter will come first. So, it will be difficult to predict who will come in the next round. Finally, the raw scans of Chapter 94 are out. So, let’s discuss;

Here, is the link to the Kengan Omega Chapter 94 Raw Scans.

Kengan Omega is a weekly schedule manga; therefore, the next chapter will release on upcoming Thursday, i.e., on January 21, 2020. The release date’s timings will vary according to the regions, but the release date will remain the same. The raw scans may leak till Wednesday; therefore, we will update the post and attach the link.

Where to Read Kengan Omega Chapter 94-

Fans can read Kengan Omega Chapter 94 next week, and for Chapter 93, you can visit the official Kengan website or Mangadex website. We will be back next week with another spoiler article. Till then, stay tuned with us.