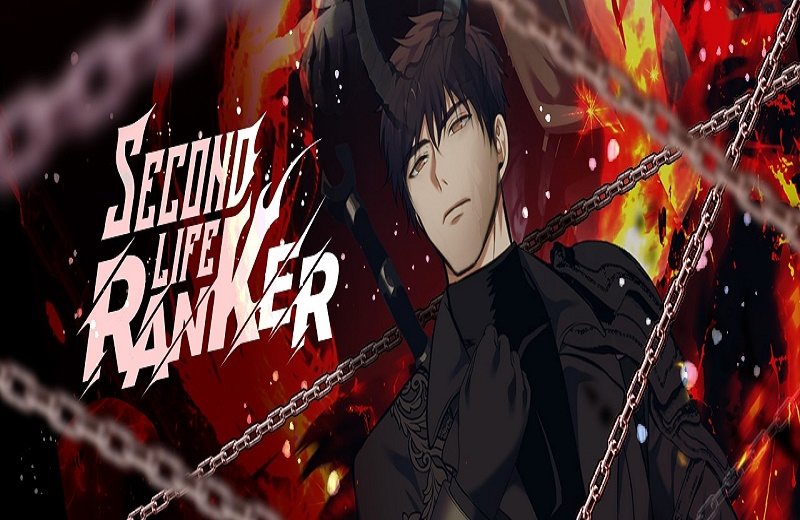 In the last chapter, we saw that the Bow God betrayed his fellow warrior gods of the azure clan amidst the ferocious battle between the Azure Sword Clan and the Red Dragon Clan.

The Bow God intentionally aimed his attack at the Sword God when his guard was down while fighting the Summer Queen. The Sword God is gravely injured and is on the brink of losing consciousness contemplating whether this is the end of Azure Clan or not.

The final deadly blow launched at him from the Summer Queen in her draconic form is blocked by the mighty Spear God.

In the final moments of chaos, he addresses the remaining soldiers of the Azure Clan and reminds them of their oath, and commands them to charge at the Summer Queen head-on.

While the soldiers keep the queen and the Red Dragon Clan at bay, both the remaining gods have retreated.

A deadly and gruesome battle ensues, and soot and fire from the huge explosions cover the forest and the night sky. Meanwhile, Cain, along with Phanta and Edora, retreats from the battleground and heads to the One-horned Tribe.

Cain already fulfilled his immediate objective of killing Bahal and Leonte- the ones who betrayed his brother. Later, the three of them meet the Martial King Nayu of the One-horned tribe, who easily recognizes the new draconic strength of Cain even though he toned it down a bit. Noticing it, Cain promises to explain everything later and retreats with Phanta and Edora.

The fight between the Red Dragon Clan and the remaining soldiers of the Azure Clan is a one-sided massacre.

The Summer Queen is hell-bent on capturing the remaining two warrior gods of the Azure Clan as she is looking for the ‘Stone’ to revive her draconic heart.

All the members of the Red Dragon clan are busy chasing away the enemy soldiers to extract information about the hideout of the remaining gods.

On seeing the downfall of one of the eight prominent clans of the tower, other medium clans are trying to usurp power and establish their supremacy.

Later, Cain is informed that both the members of the Red Dragon and Azure Sword Clan came to the tribe asking for help, but the King refused.

Cain tries to hatch the egg of the legendary beast despite the continuous pleadings of the elders. He receives the Lunar Seed required to hatch the egg as a reward for completing the quest.

One has to wait a little longer to see what kind of legendary beast will come out of the mighty beastly egg.

With so many interesting events unfolding, it is difficult to patiently wait for the next chapter. If one follows the usual trend, one new chapter is released every 9 days.

However, the last chapter was released a little early. In our opinion, the next chapter is expected to be released on July 17, 2021. However, this is an expectation; we will update this article once we come across the exact release date.

For people who enjoy the fantasy-based action-adventure genre, this series is a must-read. This series is a cross between Solo leveling and Tower of God; hence one can understand the hype.

One can read this series on several sites like shieldmaga.club and mangaclash.com. Stay tuned to know more!