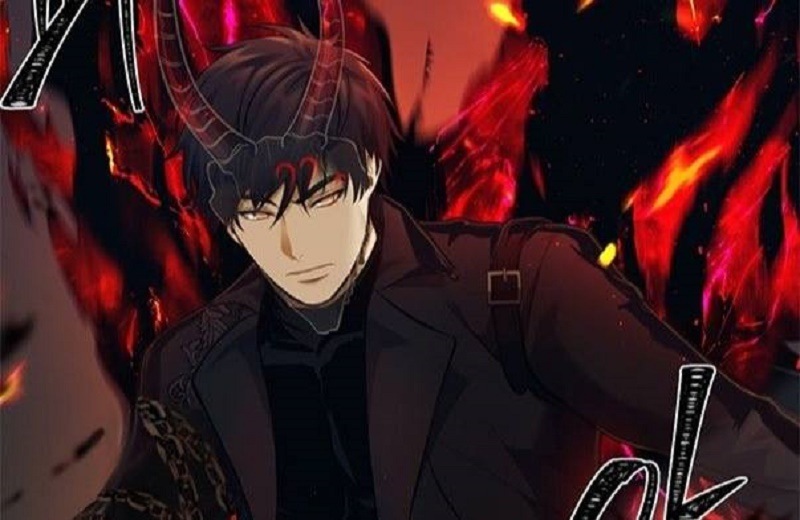 The battle between the Red Dragon clan & the Azure Sword clan came to an end after the astonishing betrayal of the Saber and Bow gods. The Sword God and the Spear God had a narrow escape and currently are on the run.

The Summer Queen is relentlessly pursuing her goal to wipe out the entire Azure Sword clan to retrieve the stone needed to heal her heart. The soldiers of the Red Dragon clan are continuously attacking the base of the Azure clan to know about the whereabouts of the fleeing gods.

Due to the power void created by the defeat of the Azure clan the other members of the 8 Great Clans are mobilizing their forces to strengthen them.

The martial king Nayu called off the alliance of the One-horned Tribe with the Azure Sword Clan as they no longer deem the clan worthy of their support. Later, Yeon-woo along with Phanta and Edora returns to the One-horned tribal village.

Yeon-woo is greeted by several enthusiastic scholars pleading with him not to hatch the legendary beast egg. However, Yeon-woo is determined to hatch the egg as through the connection formed between him and the egg the beast is crying to come out.

The head elder warned Yeon-woo about the same as the egg has strong anti-magic properties so any attempts by the scholars to study the egg went down the drain as the egg deflected magic.

However, the elder still gave him the Lunar Seed required to hatch the legendary beast’s egg.

In the next chapter, the mystery behind the abnormal legendary beast’s egg will finally be revealed. Yeon-woo possesses the Lunar Seed along with the stone that appeared after absorbing the powers of all the four legendary beasts.

Yeon-woo combines the two and the blast of energy released which enters the egg simultaneously. Small cracks will appear and we see an orange-scaled creature with deer-like horns and amphibian eyes.

The beast is nothing compared to the Mystical Dragon as it has a body the resembles the Akasha snake. The mystical beast exuberates a demonic aura that is compared to the demons on the 98th floor.

Yeon-woo is lost in his thoughts at the sight of the beast as he thought it to be the Mystical Dragon of his brother Jeong-woo. Indeed this beast is the higher form of Jeong-woo’s dragon.

The beast mistakes Yeon-woo for Jeong-woo, however, Yeon-woo clears the misunderstanding. On listening to his story the beast agrees to help in his plan to exact revenge.

Things are finally becoming interesting and it is being more difficult to patiently wait for the next chapter. However, fans have to wait for another week for a fresh chapter. The next chapter is expected to be out around 30 July 2021. Any changes in the schedule will be updated in this article.

This fantasy-based action-adventure manhwa is surely gaining a wide loyal fanbase. With its intricate plot and massive twists, it is a must-read. One can read this series on several platforms like secondliferanker.com and shieldmanga.club. Stay tuned to know more.