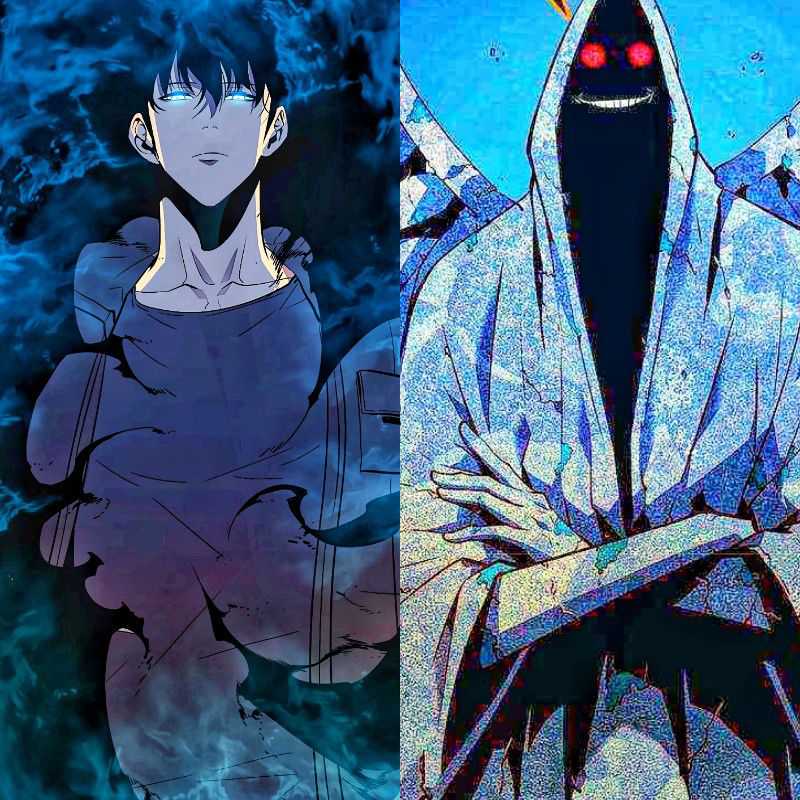 The final battle has begun between the angel statue and hunter Sung Jin Woo. After defeating every soldier statue, the angel statue revealed that he is the creator of the system. Now the series has displayed the one who has started all this development in hunter Sung Jin Woo. But why did he choose him? Moreover, what is the motive behind this? Our protagonist will get his answers once he successfully defeats the creator within the time limit of 10 minutes. So, how will the final test continue, and what will happen in Solo Leveling Chapter 127?

Therefore, in this post, we will discuss the answer to the above question, some spoilers, and the upcoming chapter’s release date.

The latest chapter showed a conversation between Japan and Korea’s Hunter Association. With the loss of Gyoto Ryuji, the only hope left for Japan is hunter Sung Jin Woo. They know that he alone can stop the S-rank dungeon breakdown. In our previous Solo Leveling article, we mentioned the atmosphere of the S-rank gate in Japan. But it seems like the manhwa series is not following the novel on the basis of situations. Solo Leveling manhwa series has shown the story of multiple circumstances at one time. Therefore, here we are only discussing the outcome of the battle between hunter Sung Jin Woo and the Angel Statue. To know the consequence of the dungeon breakdown in Japan, go through our previous Solo article.

Hunter Sung Jin Woo will face his most powerful opponent ever. The angel statue will change his form. He will convert all his six wings into his hands. On the basis of speed and strength, he is on par with hunter Sung Jin Woo. But he will obtain the advantage of six more hands. The fight between them will be one of the most exciting battles in the series. This time hunter Sung Jin Woo will break his limits to overpower him. In the end, he will finally defeat him within the time limit of 10 minutes, and from that on, the real story of the Shadow Monarch will begin. The angel statue will show him the past and unveil the truth about his identity.

Solo Leveling Chapter 127 will officially air next Thursday on November 12, 2020. In our opinion, the next chapter will cover the S-rank dungeon’s breakdown in Japan. That is why we recommend you to read the previous spoiler post to get a brief idea about the next chapter.

Solo Leveling is an official Korean manhwa and the webtoon adaption of the novel series. If fans are craving for more spoilers, then they can read the Solo Leveling novel. The story of this series has already been completed. We will be back next week with another spoiler article. Till then, stay tuned with us.

Also, Read-Solo Leveling Anime is Coming or Not?