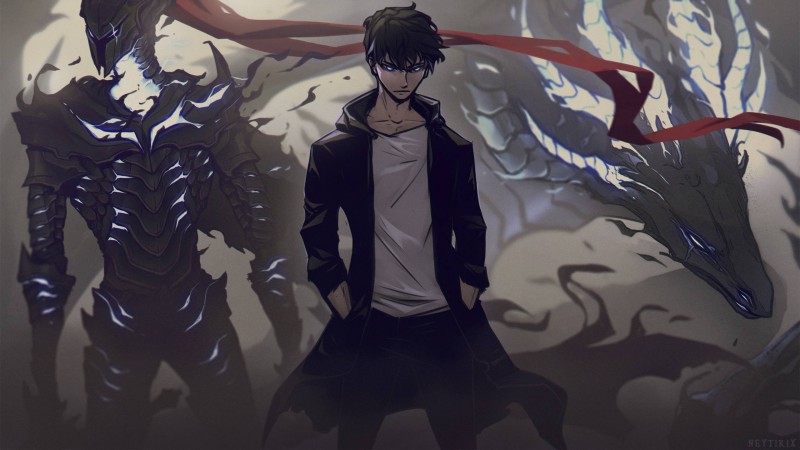 From the previous chapters of the Solo Leveling webtoon, we can easily conclude that there is an upcoming unavoidable war. If that’s not all, enemies are lurking everywhere and waiting for their chance to attack. Moreover, the opponents are taking down the S-Class Hunters of the world.

Last time we saw the Frost Monarch asking for help, to kill Jin-Woo, from other Monarchs. Among them, only two agreed to help him. On the other side, Chief Woo Jin-Cheol got nominated as the next head of the Korean Hunters Association. We also saw Thomas Andre preparing to give a pair of shortswords to Jin-Woo. Now the question is, what will happen in the next chapter? Let’s discuss the upcoming spoilers.

Jin-Woo will head to a forest to master the shortswords as well as to level up. He will continue to slay the monsters until he levels up to Level 133. He will be excited to see all stats hit 300 and will make a decision to spend his Daily Quest points on Perception stat. Another interesting factor is that Beru is on the verge of a breakthrough, i.e., Beru will soon evolve to the next stage.

Later, he will eventually intercept the elite assault team of the Hunter’s Guild and will meet Cha Hae-In. He will tell her that he is going to burrow the dungeon and that is something to with one of his summon. She will show eagerness to go inside the gate with him but will be immediately declined. Finally, he will enter the dungeon and will summon Beru to standby in his shadow.

Fans can read Chapter 153 once it is officially released on May 27, 2021. Jin-Woo is finally raiding a dungeon with Beru and Igris. Will they level up in one go as he expects or will it take time for them to breakthrough. Answers will be disclosed in the next chapter! Readers can chapter 154 to release on 3rd June.

Where to read Solo Leveling Chapter 153 –

The usual destination for fans to read the Solo Leveling is Tapytoon or Mangadex. But one can also try out other websites like SoloLeveling or LevelingSolo. Besides these, links to the newest chapters are also updated on Reddit. We will be back with more Solo Leveling posts. Till then stay tuned.