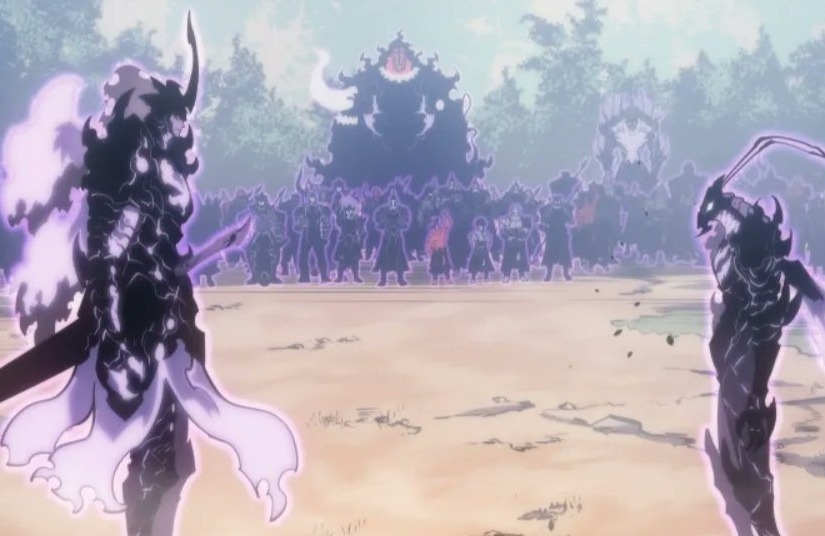 In this post, we have discussed Solo Leveling Chapter 169 Spoilers & Release Date. Kindly note that the spoilers mentioned are curated from the I Alone Level Up web novel. Chapter 168 began with the continuation of the duel between Bellion and Beru, which ended with Beru losing. Following this, Sung Jin Woo announced that Bellion would stand on his right, Beru on his left, and Igris behind him.

With the entire shadow army out, they had the opportunity to interact, and so, Sung Jin Woo too began interacting with Bellion. Through this, we found out that Bellion was born of the fruit of the World Tree.

Another diversion here led us to the Korean Hunters Association here, after 8 Colossal Gates opened. Thus Sung Jin Woo showed the Association President a preview of what has happened and who they are up against.

With this, the chapter ended with Sung Jin Woo asking the Association President to gather the world leaders to show them the same.

Based On chapter 168, the next chapter should begin with Sung Jin Woo’s meeting with the world leaders.

The chapter will most likely end with a cliffhanger after this. As the Monarch of Destruction appears, he will decimate all he can see with his army of dragons and beasts.

If we’re lucky, at some point, we may get to see the ‘small’ shelter Beru creates for Sung Jin Woo. But this chapter will end on a solemn note with the death of Adam White by the Breath of Destruction, followed by a meeting with David Brennan

Chapter 169 of the Solo Leveling series that was set to be released on 29th September 2021 has gone on break for this week. Thus the new release date of Chapter 169 is undecided.

However, most fans are expecting to see the new chapter on 14th October 2021. This obviously depends on the creator’s health but with the possible appearance of the Monarch of Destruction, be sure not to miss it!

Where to Read Solo Leveling Chapter 169-

Fans awaiting the newest chapters of the series can read it on Tappytoon. Although the chapters are also available on private websites, we would like to encourage fans to support the creators through official sites.

With this, we conclude with our Solo Leveling Chapter 169 Spoilers & Release Date article. We hope to have you safe, tuned, and hyped for the upcoming articles.