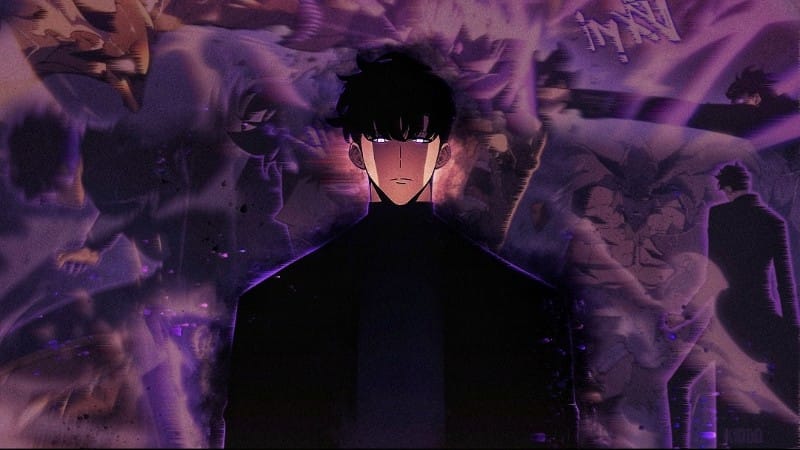 The last chapter of the Solo Leveling series ended with an unexpected meeting between Korean Association President Goh Gun-Hui and a mysterious visitor. Moreover, lots of events happened in the previous chapter which made the readers highly anticipate the upcoming chapter. Initially, Jin-Woo declined to protect other Hunters. But eventually accepted the task thinking to contact other Rulers through the shadow soldiers.

Besides, Thomas Andre also met with him in the Night of the Hunters. He expressed his gratitude for not killing his guild members and asked him why didn’t he kill them. Jin-Woo replied only sinners need to die. In addition to that, 6th rank Hunter was missing from the International Guild Conference.

Chapter 150 will begin from it left off in the previous chapter. Goh Gun-Hui will ask the intruder his identity, and the visitor is none other than Sovereign of Frost. His connection will be barred from the outside world, and will not be able to get help. In addition to that, the Sovereign is looking for the Fragment of Light which he believes is residing in Gun-Hui.

The news will be circulated, and every guild will be ordered to take down the culprits. The news will show a video regarding the president’s death. The public will be shocked in the next panel; Jin-Woo will ask Woo Jin-Cheol why the full footage was not revealed. Woo Jin-Cheol did that to protect other Hunters and to hide his skills.

Chapter 150 of the Solo Leveling series will release on May 6, 2021. The latest chapter will be available in its home country first and will vary according to regions. There is no news of hiatus, so fans can expect Chapter 151 to release on May 13. In the new chapter, Woo Jin-Cheol will express his gratitude to Jin-Woo, and Jin-Woo will vow to hunt down the ice elf.

Where to read Solo Leveling Chapter 150 –

As usual, readers can access the webtoon on Tapytoon or Mangadex. Fans can also read the series on any paid online platform. In addition to this, fans can read through the link on Reddit once it is updated. We will be back with more spoilers articles on Solo Leveling. Till then, stay safe and stay tuned.