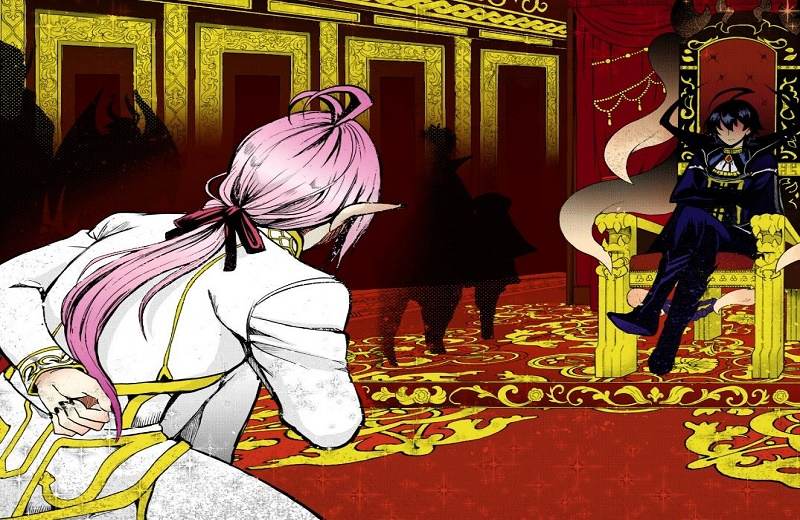 In the last episode, we saw Iruma coming home to a welcome party after wrapping up his duties at the Student Council. On seeing Iruma home, the love of Sullivan-sama for him knew no bounds. He cried his eyes out and threw a welcome party almost every day of the week. He even allowed Iruma to invite his friends Clara and Asmodeus to the party.

Iruma, who had never invited anyone over to his house, even in the human world, was very excited and yet anxious. All three of them had the time of their life. After, the dinner all five of them played a dance video game named- Devil Dance Liberation, in which Sullivan- sama came last. To redeem his position as Iruma’s grandfather and a Chair Demon, he made everyone play a game of courage called – Dark Parade. A game in which they walk around aimlessly through a dark, uninhabited place. Sullivan-sama wanted to show his might to the kids; however, his plan backfires, and eventually, he had to rely on Opera-san. Opera- san, with his agility and charisma, was able to help Lord Sullivan redeem himself.

Towards the end of the day, Iruma talked to Ali-san that how much he enjoyed today. However, he still feels that he does not quite understand the Demon world as he was not able to understand the reason behind Ameri’s personality change. On seeing our little Iru-boy in a dilemma, Ali-san cast a personality alteration and evil cycle spell on Iruma, leading to a complete sudden 180-degree change in Iruma’s personality. One has to wait for the next episode to know what interesting changes will this personality change trigger.

In the next episode titled- ‘The Royal One,’ a series of interesting events will unfold. Iruma’s personality change would come out as a shock to Sullivan-sama, who is heartbroken to see Iruma like this. Iruma’s personality would change from a kind-hearted timid one to a brash, bold, and confident one, a personality befitting of a Devil. One can expect the following events to occur next:

With such a great plot and so many crazily amazing characters, it is difficult to patiently wait for the next episode. Since the release of the first episode on 17 April 2021, a new episode is released every week. The next Episode, 6 is expected to release by 22 May 2021.

Where to watch Welcome to Demon School! Iruma-kun Episode 6-

Welcome to Demon School! Iruma-kun is a fantasy comedic Japanese series that is not heavy on the heart. The characters and plot of this anime make you feel elated. One can enjoy watching this anime on several platforms like Crunchyroll, animepisode.com, and also on Netflix.