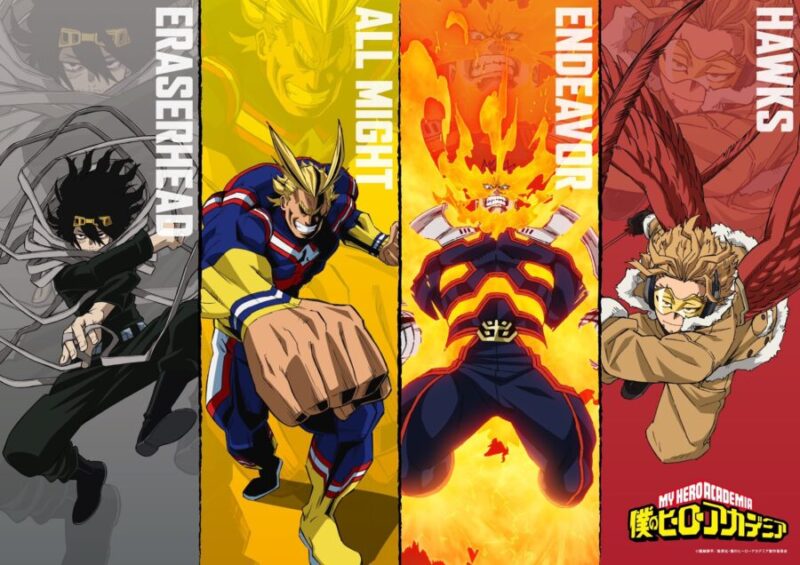 The last chapter ended with Deku going on his solo journey. Moreover, the revelation of the remaining two One For All users made the fans even more excited. The disclosure of some backstories regarding the users increased the hype more. Furthermore, the first user’s name was revealed. And now all the vestiges are going to help Deku to take down All For One.

Besides, Deku’s determination to achieve his Quirk’s full potential as well as choosing a solo path has made the fans anticipate more. In addition to that, he is acting as bait to lure out the villains. Not only the heroes and villains are looking forward to his actions but so are the readers. So, what is gonna happen in the upcoming chapter?

Let’s discuss the events that will happen in the latest chapter. Chapter 311 will open with Endeavor fighting off against some random villains. Once again, Bakugo will not be in this chapter. But the exciting part is Chapter 311 will once again the Top 3 heroes and their interactions. All Might will also make an appearance. The new chapter will be released with the title, “They’re here“.

The next panel will show All Might watching and worrying over Deku’s GPS signal. In the next second, Deku’s signal will disappear with a sound. Deku’s device will be hit and the voice of the lady from Tartarus will come out. The lady will ask him to come with her and he will immediately understand that she is the first villain sent directly by All For One. The chapter will end here.

Here, we have attached the raw scans’ link of My Hero Academia Chapter 310.

As the Golden Week in Japan has ended Chapter 311 will release May 9, 2021. It will be first available in Japan and as usual, will vary according to regions. The English translation will be available for international readers after two days. Fans can expect Chapter 312 of My Hero Academia to release on 16th May.

Must Read: Dabi vs Endeavor: Who will win in one-on-one battle My Hero Academia

Where to Read My Hero Academia Chapter 311 –

No wonder after a long week fans are eagerly waiting for the upcoming chapter. Fans can read them on Mangaplus Shueisha and Viz Media after it’s officially released. Or one can also access the chapters on any paid online platform. We will be back with spoiler articles. Till then stay tuned.