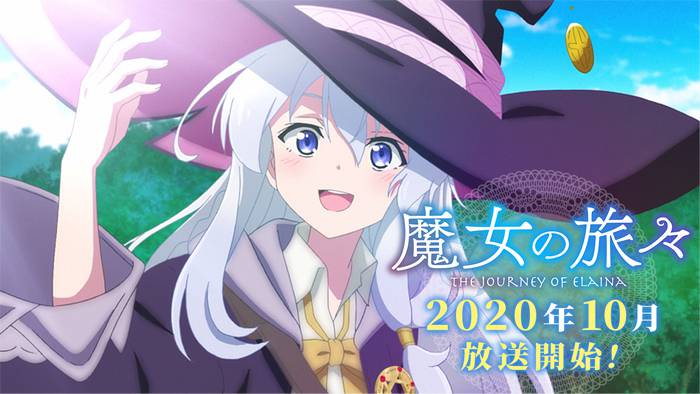 Majo No Tabitabi or Wandering Witch: The Journey of Elaina has achieved the topmost position this time also in the Top 10 Anime of the Week. Thanks to the Anime Corner that conducted the survey of week 9 from November 27, 2020, to December 4, 2020. The best part of the adventure stories is that it also covers the dark side of reality. Not every story has a happy ending. But we can predict that the next episode, i.e., Majo No Tabitabi Episode 11, will end with everyone’s happy reunion.

Majo No Tabitabi Episode 10 become popular among the Otakus. This is the first time in the series that the center point of the story was not Elaina. Fans have witnessed something exciting and different from the plot lineup. Also, it will continue in the next episode. All four witches will meet in Qunorts, the Town of Freedom, where the friendship of Nike’s two apprentices, Foula and Shiren, budded. For Nike’s followers, this place is like a sacred place.

Episode 10 was probably one of the best episodes of the series so far. The title of the episode was “The Two Teachers.” The episode unveiled the two witch teachers’ past and story, how they met and have become friends. One is Elaina’s teacher, The Stardust Witch, Fran, and the other one is Saya’s teacher, The Night Witch, Sheila. First, they both were the enemies of each other, but with the effort of their teacher and some unexpected circumstances, they showed teamwork and has become good friends.

Fans on Reddit are comparing their teacher with Elaina. She had the same hair color; also, her way of talking is as same as her. In the episode, we have seen a glimpse of Elaina as Frans’s teacher. She was also a great witch. She had trained both Frans and Sheila so well that they are currently working at a great status. In the recent episode, they both went on a vacation where they had discussed their past.

In the past, they both defeated the Curio Company together. Sheila remembered that the Curio Company had some mysterious box which she has given recently to Saya. This was the reason for the picnic cancelation because she wants to know what is inside the mysterious box. On the other hand, Saya is gladly transporting this box to Qunorts, the Town of Freedom. At the same time, Elaina’s next stoppage is also in the same kingdom. Therefore, it will be very interesting to witness how all four witches will be ended in the same kingdom. This will be a fascinating reunion of apprentices and teachers.

According to the official sources, Majo No Tabitabi Episode 11 will release on December 11, 2020, at 9:00 pm JST. The timings of the release will differ according to region to region. It is a weekly-scheduled anime series, and only 12 episodes will officially air this season. It means after 12 episodes; we have to wait for the next season.

Where to Watch Majo No Tabitabi Episode 11-

Fans can watch Majo No Tabitabi Episode 11 on the official streaming website of Muse Asia, AnimeLab, and Funimation. But Reddit will post the official link on its Majo No Tabitabi subreddit page. Below we have attached the link to previous episodes. If you want to watch the previous episodes, you can visit there. We will be back next with another spoiler article; till then, stay tuned with us.

Here is the Reddit link to every episode of Majo No Tabitabi.