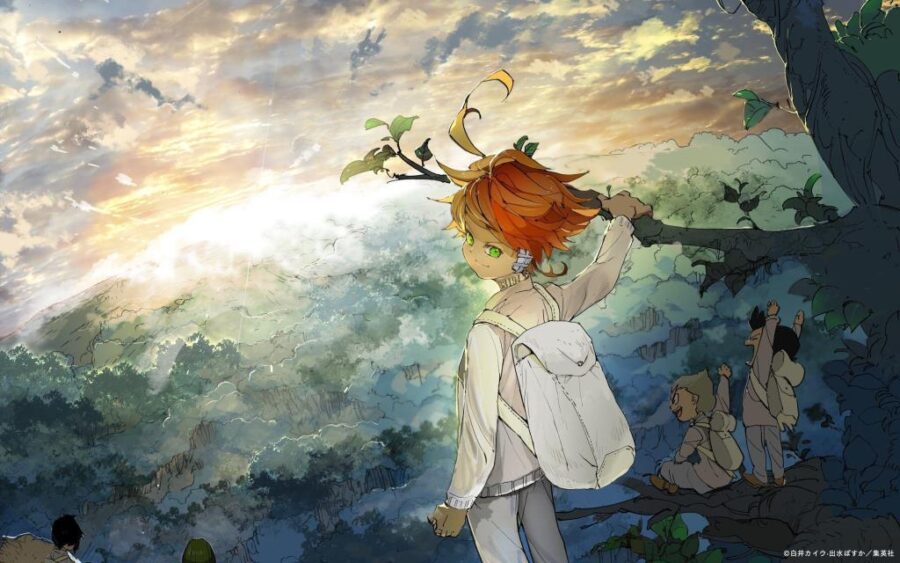 The Promised Neverland Offical Game has been announced by the official Twitter page of The Promised Neverland staff. The game is under production, and more details have not been revealed. The manga has really become very popular all over the world due to its engrossing, unique plot. Read further for more details on the announced news and its cover. Also, get a proper insight into the story and its airing progress.

This is the poster cover of the game to be released soon. The official game release date has not been revealed yet. Subscribe to our page for more updates on its release. Surrounded by a forest and a gated entrance, the Grace Field House is inhabited by orphans happily living together as one big family, looked after by their “Mama,” Isabella. Although they are required to take tests daily, the children are free to spend their time as they see fit, usually playing outside, as long as they do not venture too far from the orphanage, a rule they are expected to follow no matter what.

However, all good times must come to an end, as every few months, a child is adopted and sent to live with their new family… never to be heard from again. Moreover, the three oldest siblings have their suspicions about what is actually happening at the orphanage, and they are about to discover the cruel fate that awaits the children living at Grace Field, including the twisted nature of their beloved Mama.

It has licensed a live-action Japanese movie and also a live-action amazon prime movie to be directed soon, both adapted from the manga. No doubt the upcoming game will also be a hit and be accepted by the otaku community all over the world.

We will be back soon with more news and updates on the release of all upcoming units of The Promised Neverland franchise. Until then, stay tuned, stay hyped.